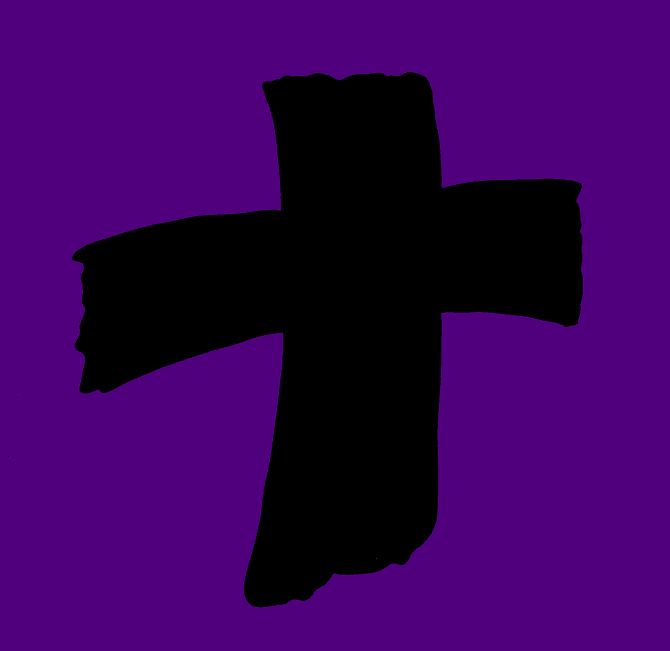 Five Ash Wednesdays ago I preached my very first sermon, as a seminary student in Vancouver’s vibrant West End.

I preached this in a highly diverse parish with a significant population of queer folks who had come to the Anglican Church as, for lack of a better word, refugees; sometimes from other countries and sometimes from other faiths. There were ex-Roman Catholics, ex-Fundamentalists, and immigrants who had fled to Canada so they could legally marry the people they loved. These were people who had known great endurance, afflictions, beatings, imprisonments, riots, and sleepless nights in a literal way. My sermons in that community were often full of comfort and assertion that being different was not only okay, but blessed. This kind of living out loud carried risks that these people knew all too well. They needed to hear from the church that Jesus knew them and loved them as they were, because for too long the church they knew had told them to live half-lives marked by deceit of themselves and others. I remember specifically calling attention to the King James translation of the Matthew passage which in verse 6 says, “But thou, when thou prayest, enter into thy closet.”

Lent can be seen as a downer season where we focus on the heaviness of our sins, our inadequacies, our failings. So often in mainstream media we Christians are painted as joyless taskmasters, boundary builders, and finger-waggers.

It was hard to mark Ash Wednesday in a community like the one I just told you about. It’s a little easier here, in this parish church: a church that seems to have little trouble accepting that Jesus loves them; a church where there are many children, who are still learning about the faith; a church where people commute from all over the city; a church which has known different but all too familiar struggles; a church which despite all of this might not be quite as comfortable thinking of itself as different or weird.

This can put us in a difficult place when the world around us already thinks we’re weird.

Because let’s face it, the church is a little weird, and this day is especially weird.

Imagine explaining this service to someone who had never heard of it before.

Even in an age where people Instagram their dinners; an age where a network stretching across the world features countless silly pictures of cats alongside serious discourse; an age where a reality TV star can…well – that’s incredibly weird.

It’s weird because we live in a culture that is somehow both fanatic about self-examination and averse to human frailty. Lumped in with all of society’s criticism of Christianity is an understandable but rather immature disowning of the idea of sin. Guilt over personal things like one’s health, one’s career, one’s failings in relationships abounds, but we tend to confine the expression of that inner guilt only to a therapist or to close friends. Collective guilt, however, is harder for folks to accept. Debates around the isms are rife with this; likewise in corporate cultures and families there is a tendency to pass blame around. Collective guilt might find expression in the fatalistic and Hobbesian outburst “People are scum,” but as soon as the church tries to move that outburst into a dialogue – constructive or destructive – a lot of people check out. Sin is then no longer metaphysical but too often merely physical or just another word for bigotry. But sin can be all three of these things, and more.

Perhaps the difficulty lies in imagining sin as a huge and inescapable force. Perhaps we would rather surrender utterly as hedonists or discard that part of our tradition altogether. Indeed, how did a belief like that stick around for so long?

Perhaps it was easier to accept one huge and inescapable force when another one was once much closer to us. Perhaps when death was more intimate in human life, when death was in the house and on the heart, it was easy to imagine sin possessing those same characteristics.

And that is why what we do here tonight is important. Instead of hiding our faces, we embrace our sin. We embrace our frailty, our enfleshedness, our pain, and our death, because Jesus did all of those things.

So often an embrace like this is forced upon us: in the death of loved ones, in persecution, in depression, in disease. So often we are inflicted with it.

So in leaving this place today, what shall we share? If we leave the ashes on our foreheads, we share a particular truth with the world. We share that we were in church, on a Wednesday night, talking about death and sin. We share some uncomfortable truths: that we believe that human beings are not capable of always being guided by reason to the right decision; that human beings have failings that will not be solved with fruit juice fasts or Facebook posts or fury; that human beings are subject to the laws of nature, which state that sometimes we get sick, and in the end we always die, no matter how many face creams or hair dyes we hoard; that Christians are called to proclaim these things, not simply to God in their closets but to the whole world, as uncomfortable as that might make us.

Friends, as a sinner to sinners, I entreat you on behalf of Christ, be reconciled to God and embrace Ash Wednesday. Mindful of the one who teaches us to be humble in our acts of devotion: give of yourself and your things not as the world gives, to feed loneliness or the need to be seen, but in honesty and with the conviction that the world needs you, as you are. Pray in your heart not as the world prays, for those it deems unworthy to receive comeuppance or punishment, but to be set free from the idea that anyone must be worthy of love. Take up your fast, not as the world fasts, to chase an ideal of beauty or to have one’s health habits judged morally righteous and therefore worthy of acceptance, but from words that hurt and pile up into mundane molehills; from habits and treasures that distract from the treasures of the heart, of who you are and what you do for others that brings Christ wherever you go.