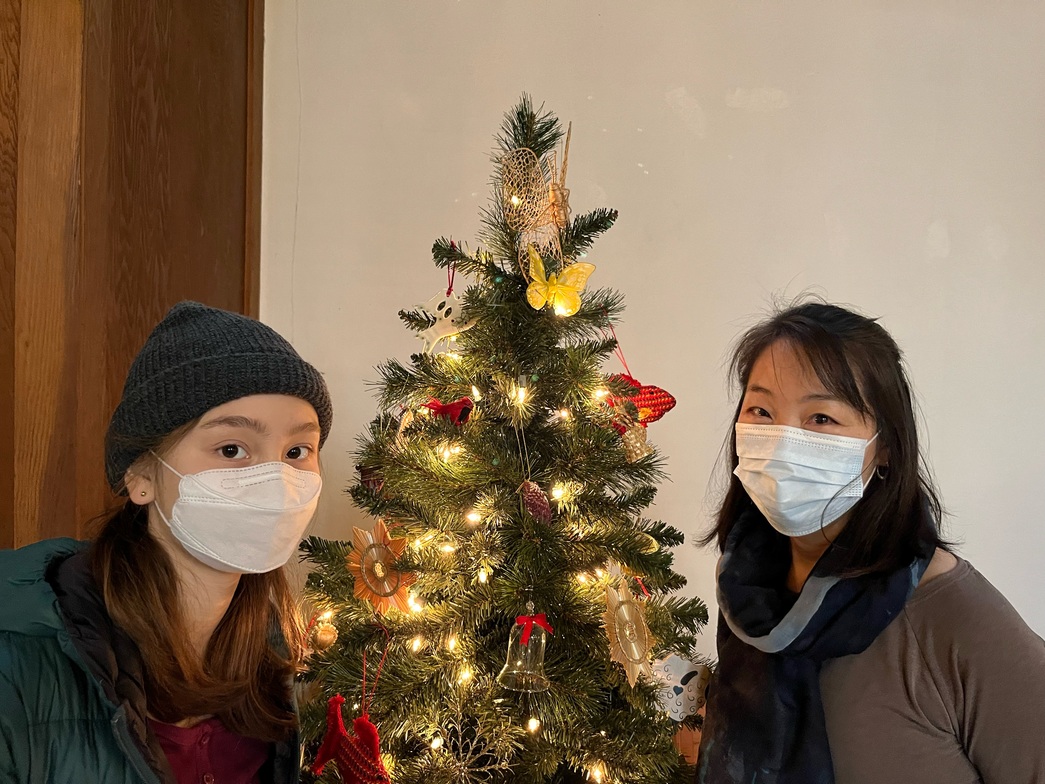 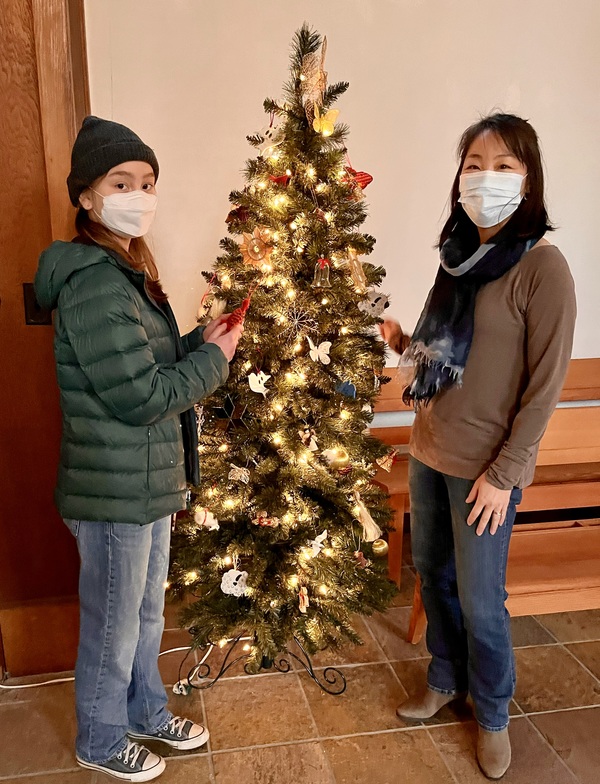 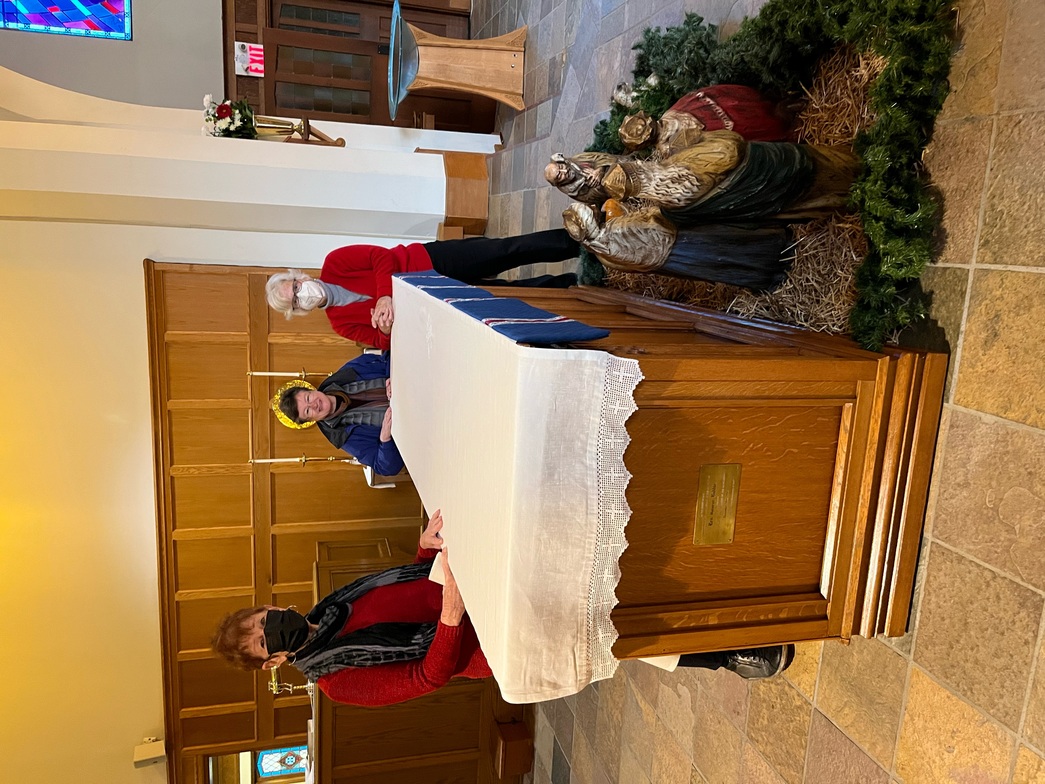 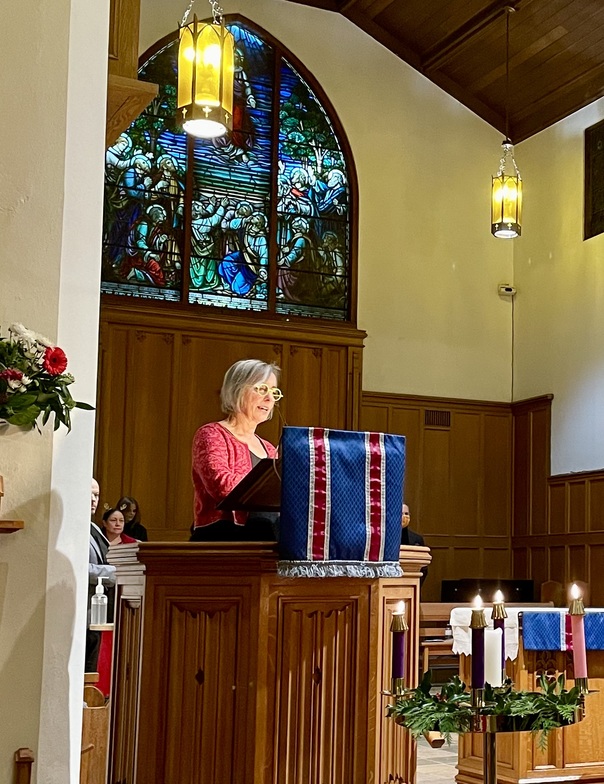 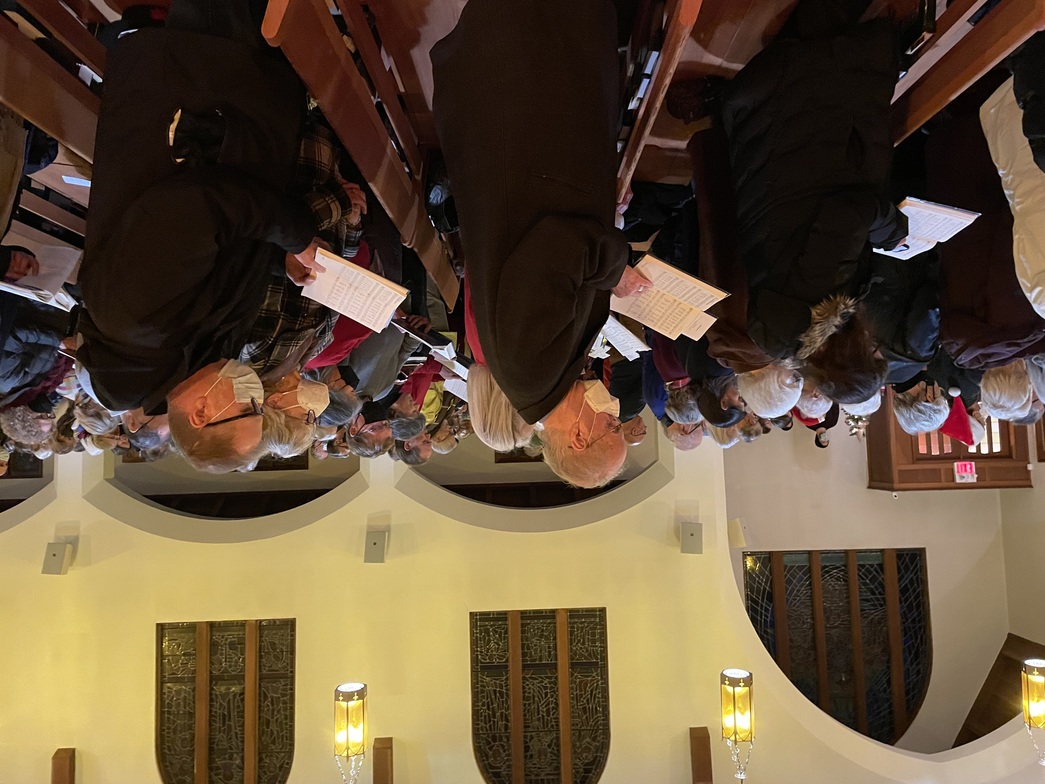 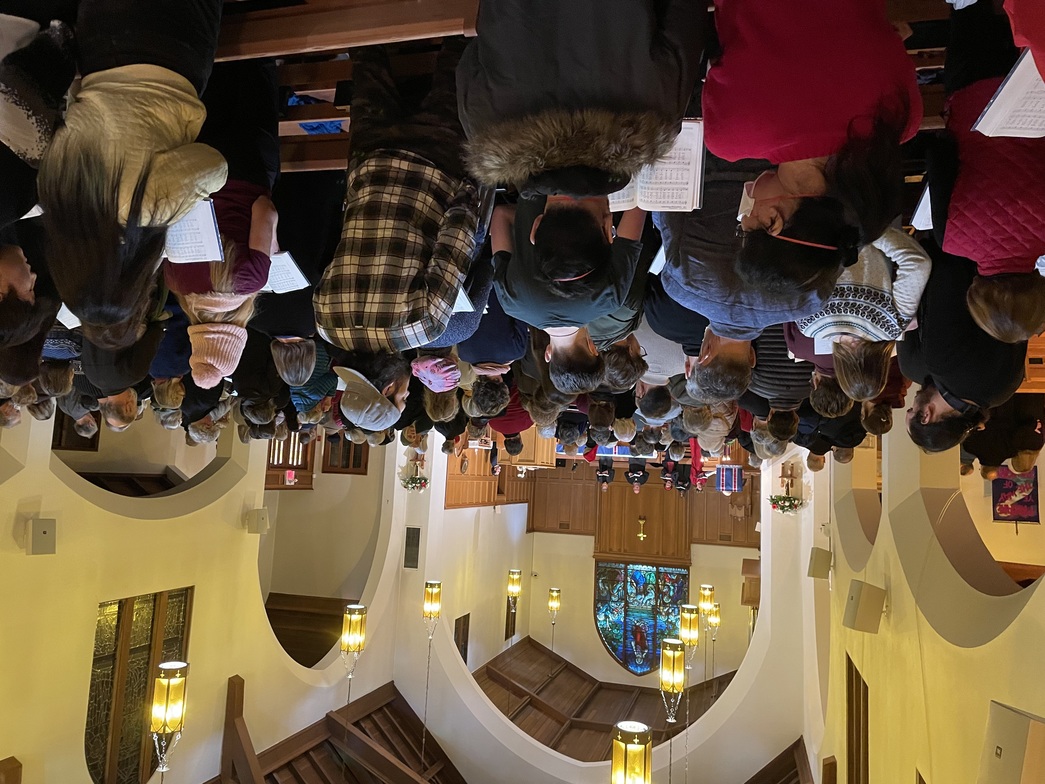 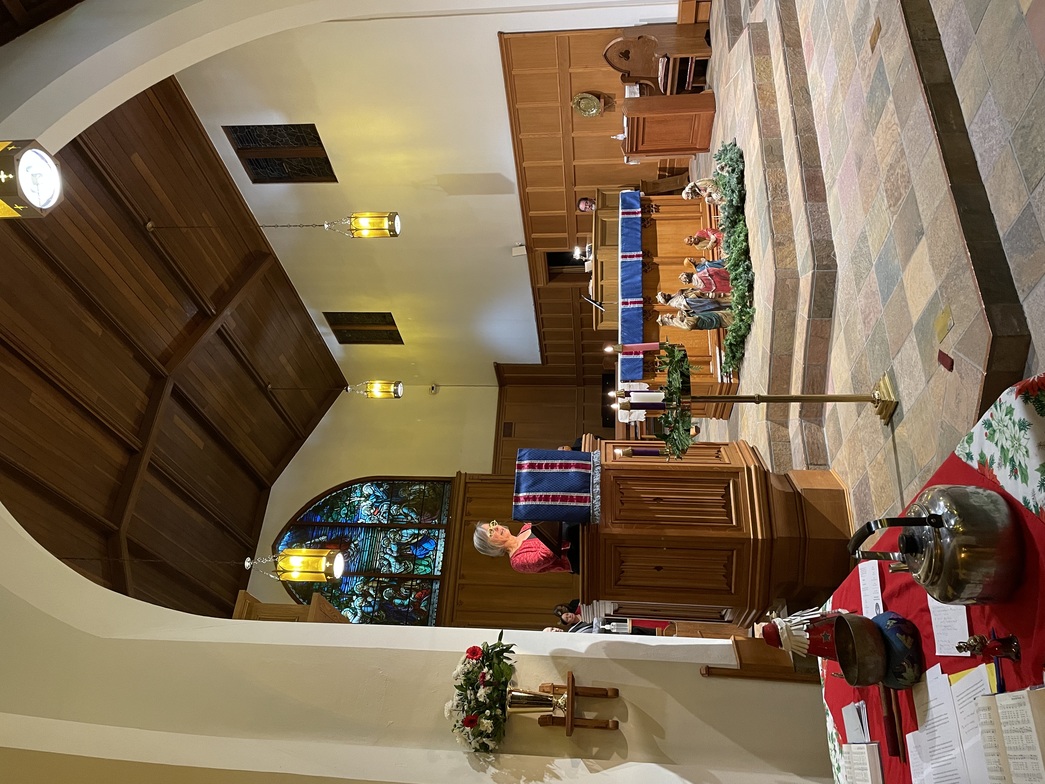 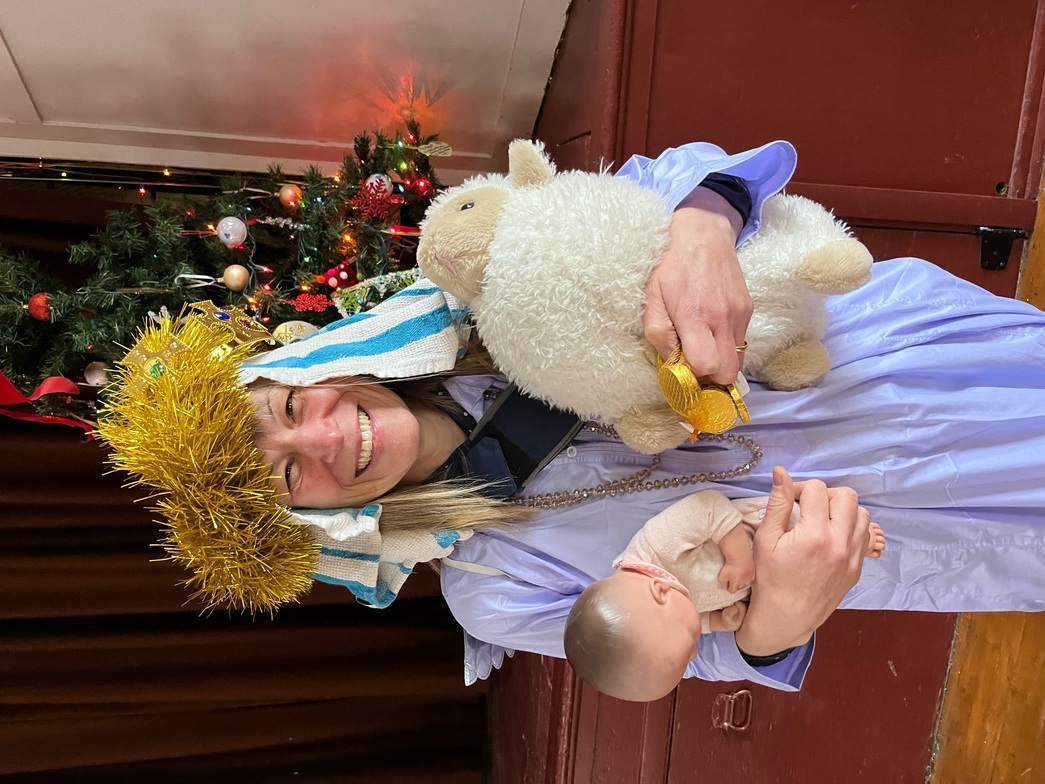 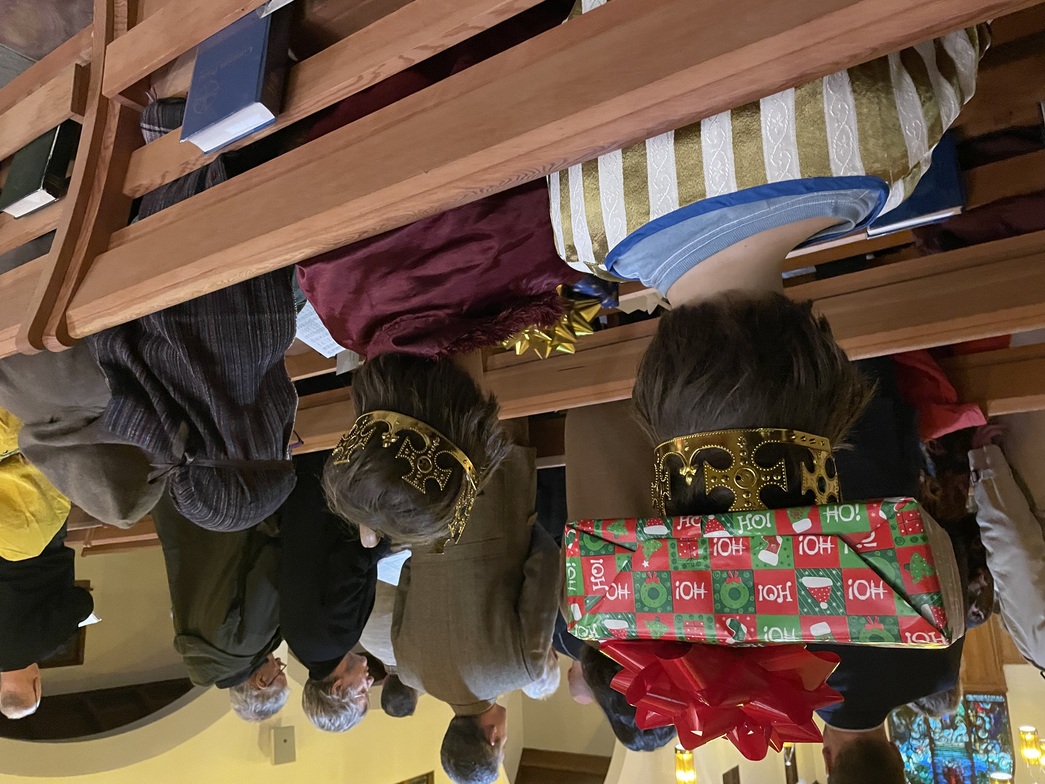 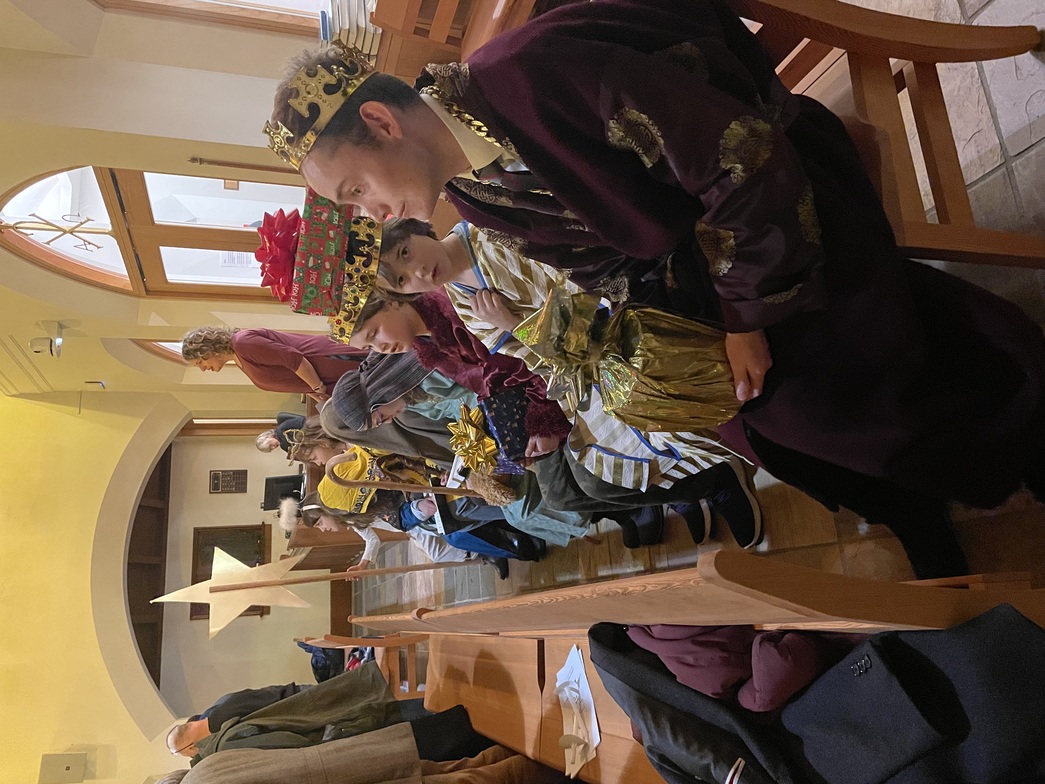 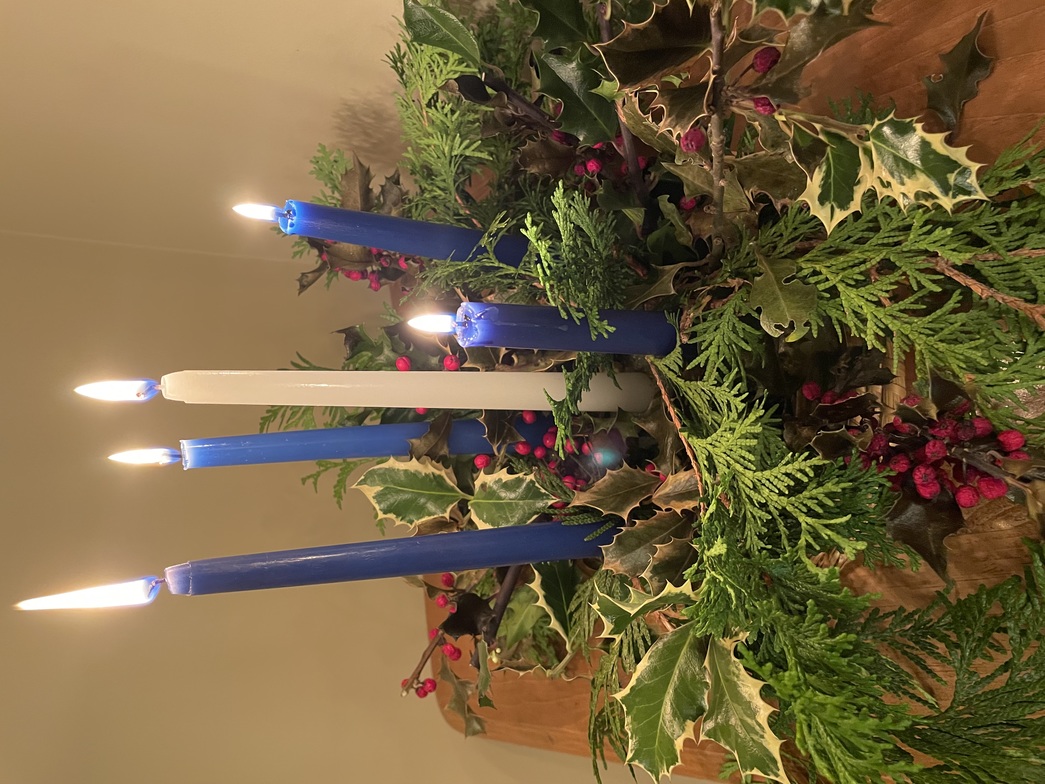 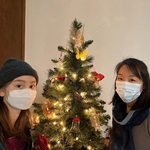 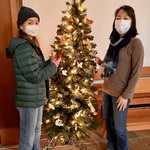 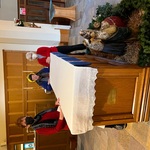 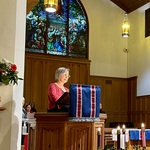 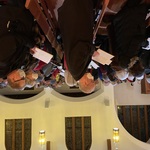 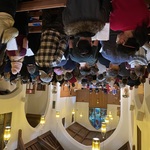 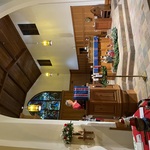 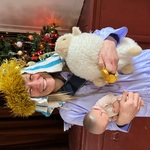 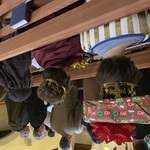 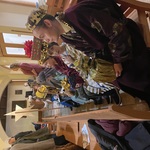 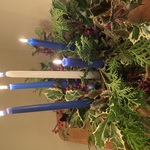 The Altar Guild, many volunteers, musicians and staff prepared, practised and decorated for the busy season.

On Christmas Eve at 5:30, over 90 people shared the Family Nativity Service. Deb Hamilton ably rounded up young parishioners to read the story and create the tableau in costume. It was a lovely neighbourhood event for families seeking the story of Christmas for their children and grandchildren. Scroll through the photos to enjoy one of Deb wearing an assortment of props, and a line of kings and shepherds awaiting their cues.

At the Christmas Eve Carols and Candles 7:30 service, over 120 people celebrated the birth of Jesus, with hymns on the organ played by Michael Murray, enriched by Ruth Stephens' trombone. "Make a joyful noise unto the Lord", and they did.

Both Christmas Eve services ended in singing carols by candle light. Candles for everyone were lit one by one as the light was passed from the Advent candles to the congregation, followed by singing Silent Night and Joy to the World.

The Christmas morning service was a smaller congregation sharing warm Christmas greetings. A fitting start to the day.