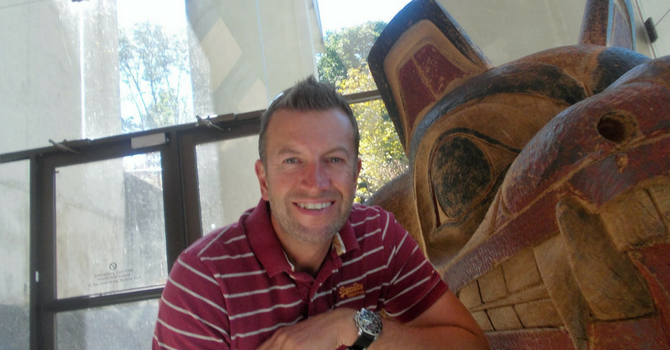 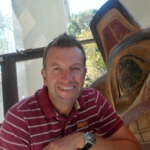 The Canonical Committee is pleased and excited to announce that Rev. Stuart Hallam will be joining St. Philip's as the new Rector.  Stuart comes to us with a breadth of experience including pastoral care and youth and young adult ministry as well as team ministry.  Please read Rev. Hallam's brief biography below.

Stuart was born in Mansfield, Nottinghamshire in 1966 attending Queen Elizabeth’s Boys School. After A levels, he moved to London to work for The Church of England Children’s Society as a fundraiser, but became more interested in the charities social care work with young runaways, and began working as a volunteer. This prompted him to study for a degree in Community and Youth Studies at St Martin’s College, Lancaster University. After graduation, he returned to London working with homeless young people, until becoming a Youth Minister for Emmanuel Church, South Croydon, where he set up a new initiative working with vulnerable young people, called the Ministry of Youth – a project that was hailed by the local police for lowering youth crime.

As part of a team from the church, Stuart helped to initiate an ‘Alternative Worship Centre’ that sought to reach out to the unchurched in a more culturally relevant way. He was also a long-term member of an alternative church called ‘Holy Joes’ which met in a pub in South London.

At this time, Stuart was chosen to be the Church of England’s youth representative for an 18-month study process into issues of Gospel & Culture by the World Council of Churches. This included field study in Indonesia and culminated by his attendance at the WCC Conference on Gospel & Culture in Salvador, Brazil in 1996.

During this period, his calling to the priesthood became apparent and he was subsequently accepted for training by the Anglican Church. He trained at Westcott House, Cambridge.  He matriculated from Wolfson College, Cambridge in 1999 and was ordained in the same year.

Stuart served his curacy at St Mary’s Church, Battersea in the Diocese of Southwark, initiating many new projects, including a third-party reporting scheme - an initiative recommended after the Stephen Lawrence enquiry that allowed the black community to report crime to a ‘safe’ third party rather than going to the police. He also instigated a pastoral network to care more affectively for a widely dispersed congregation.

Stuart joined the Royal Navy as a Chaplain in 2002 and was awarded the prize for, ‘The most outstanding contribution to Initial Sea Training’ whilst serving in HMS Campbeltown in the Gulf. After passing out of Britannia Royal Naval College, he went to Commando Training Centre Royal Marines (CTCRM) to undertake Commando training, which he achieved successfully, being awarded the famous ‘Green Beret’ in July 2003 at the tender age of 37.

After time at CTCRM Stuart joined 40 Commando RM in 2006 just in time for jungle training in Sierra Leone, before deploying with the commando to Afghanistan, where he saw action for the first time. Another stint at CTCRM in 2008 followed, this time as Chaplaincy Team Leader, during which, Stuart initiated a restructuring of the curriculum taught by the chaplaincy and initiated, in partnership with Commando Training Wing, a new Recruits Charter, which empowered Royal Marines recruits to be able to voice their issues and concerns in a safe and transparent manner.

In 2012 Stuart joined Commando Helicopter Force, during which he saw action again in Afghanistan in 2013 as Chaplain to the Joint Air Group (JAG), based at Camp Bastion. Stuart joined HMS OCEAN, the Fleet Flagship, in January 2014, where he initiated a Divisional Charter, which has now been adopted across the Fleet. He became the Royal Marines Corps Chaplain in June 2016.

A keen sportsman, he enjoys cycling, golf, rugby and loves to sail. He also enjoys the arts, particularly the theatre and cinema and loves to cook. Stuart is married to a Canadian, Laura Millman, a lawyer who grew up in North Vancouver. They have a daughter, Matilda, who is six and an English Springer Spaniel called Sonny.

We look forward to Rev. Hallam's arrival in the parish in May 2018.

John Bailey will complete his time with us on October 31st, following  the original plan for the interim period while we sought a new rector. On behalf of the parish, the wardens would like to extend a heartfelt thanks to John for bringing us through this interim period over the past 18 months; through changes in staff, vestry 2017, much administration, pastoral care, and our weekly worship.

For clerical coverage from November 1st to May, we are pleased to announce the Trustees have accepted the recommendation from the Diocese that the Rev. Harold Munn be appointed as Priest-in-Charge at St. Philip’s until the arrival of Stuart Hallam next May.