Member of the Order of New Westminster 2020 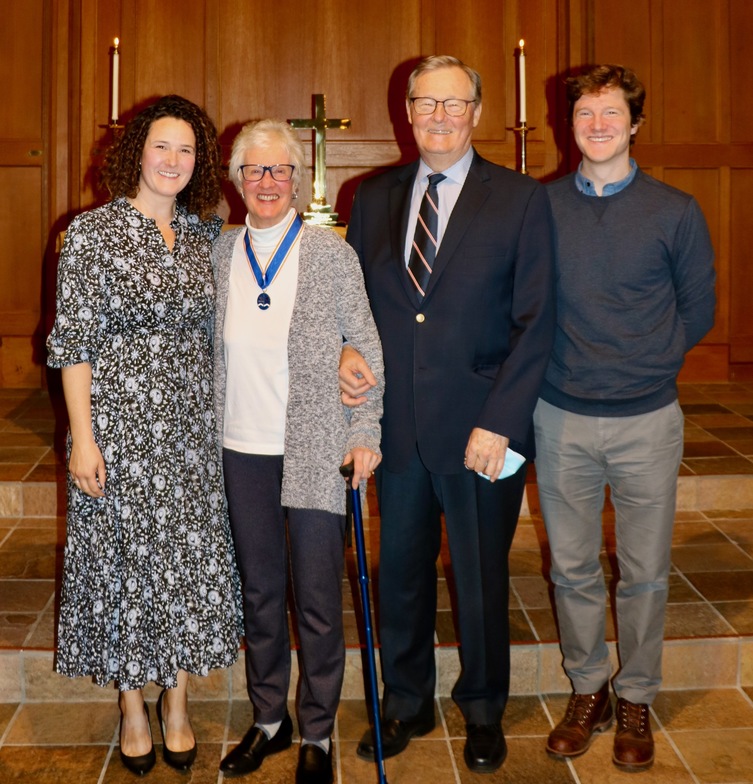 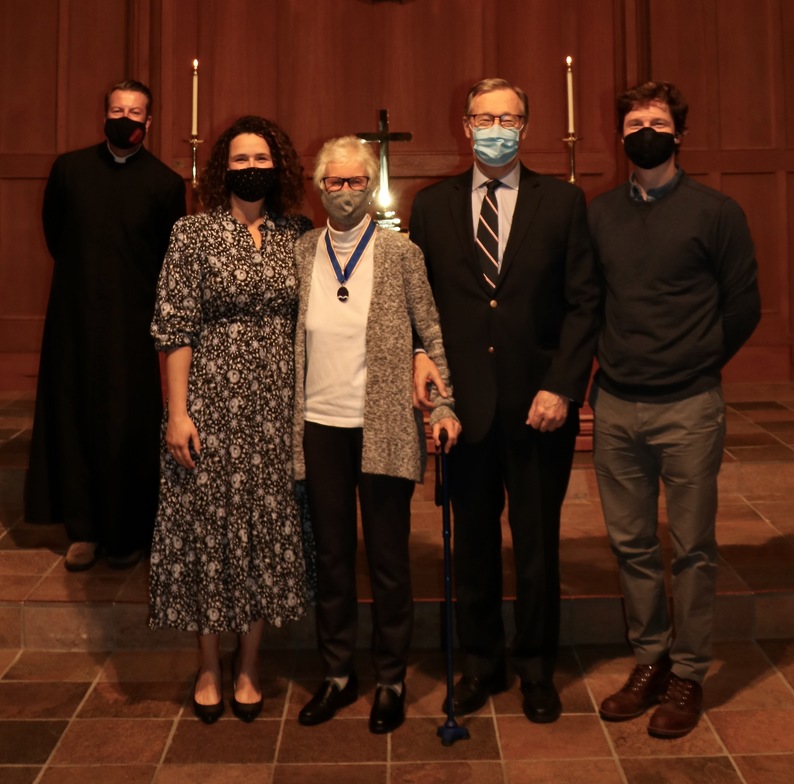 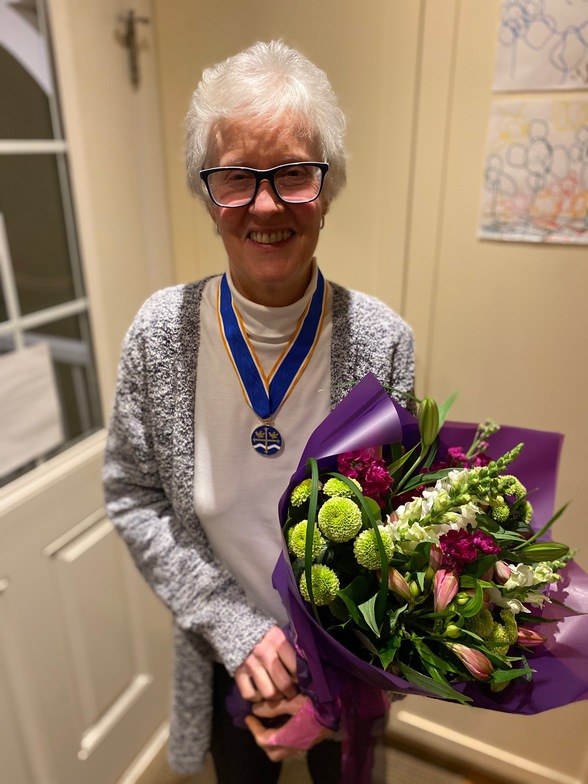 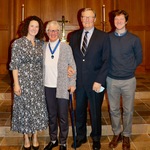 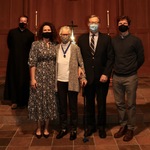 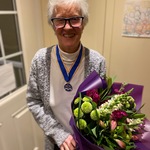 Our beloved Sarah Burns was invested into the Order of the Diocese of New Westminster on Sunday Nov. 1, the Feast of All Saints, at the 4:30 PM Evensong service. Sarah and her husband Jim sat in a front pew with their children, Fiona and Andrew. Members of the ODNW attended, wearing their ODNW medals: Diana Bragg, Janet Brown, Conrad Guelke, Mary Lymburner and Jock Munro. The church was full to its Covid-precautions capacity. Archbishop Melissa Skelton preached in a recorded sermon. Sarah was lauded with a loving standing ovation, and Wardens Brian Mix and Debbie Matheson presented Sarah with a bouquet of flowers and a "Confetti Cake" from Sweet Somethings.
Sarah’s filmed investiture and Archbishop Skelton's filmed sermon can be viewed in the Investiture news story on St Philip's website to be shared with all parishioners and friends afar.
https://www.youtube.com/watch?v=Dbf7jgJ8Th8&feature=emb_logo
Congratulations to Sarah on receiving this richly deserved honour for her decades of involvement in absolutely every aspect of life at St Philip’s!

Diana Bragg, ODNW, read the citation that St Philip's sent to the Diocese when nominating Sarah for this honour:

"Sarah joined St Philip’s with her family in 1983 and quickly became an active member of the church serving on the Church Committee and as Chair of Christian Education. After her children were baptised, the whole family became heavily involved in all things St Philip’s!  As the children grew through nursery and church school, Sarah began volunteering at the ‘youth led’ services at Easter and Christmas and began her long term involvement with Rummage Sales and the Christmas Fair, where she became one of the renowned Christmas Cake bakers.

In the 1990’s Sarah's commitment and leadership continued to grow and by the turn of the millennium she had become a regular volunteer as a teacher in Church school, a reader in church, a chorister of St Philip’s choir, and member of the Altar Guild, later becoming its President.

Between 2010 and 2019, Sarah's involvement became truly stratospheric! She again served on Church Committee becoming the People's Warden in 2015, as well as being a Trustee for two years. During this time, Sarah took on the mammoth task of co-convening the renowned biannual St Philip's Rummage Sales - a task that she always executed with organisational flair, unflappable presence, humour and good grace. She also initiated the much loved book table during coffee, became a memorial garden volunteer, joined the Jones Girls (later becoming its President), and served as a member of the Canonical Committee that chose the present Rector.

In 2018 Sarah joined the Coordinating Team tasked with organising General Synod 2019 that took place in here in Vancouver. Sarah was part of the group responsible for organising the final banquet. Once again her calm leadership and organisational prowess shone through and the event was a tremendous success. Sadly, Sarah was unable to enjoy the fruits of her labours as she became seriously ill just prior to the start of the Synod.

For Sarah, St Philip’s is truly an extended part of her family. Her loving Christian service and quiet and calm leadership are an inspiration to all who have experienced them. During the period of her recent illness, Sarah’s presence has been so sadly missed by the whole church family. Yet, her determination to recover from such a life threatening setback continues to inspire us all.

Sarah was nominated enthusiastically and overwhelmingly by the Parish Council of St Philip’s to receive this award, which is so richly deserved. In short, we love her to bits!"