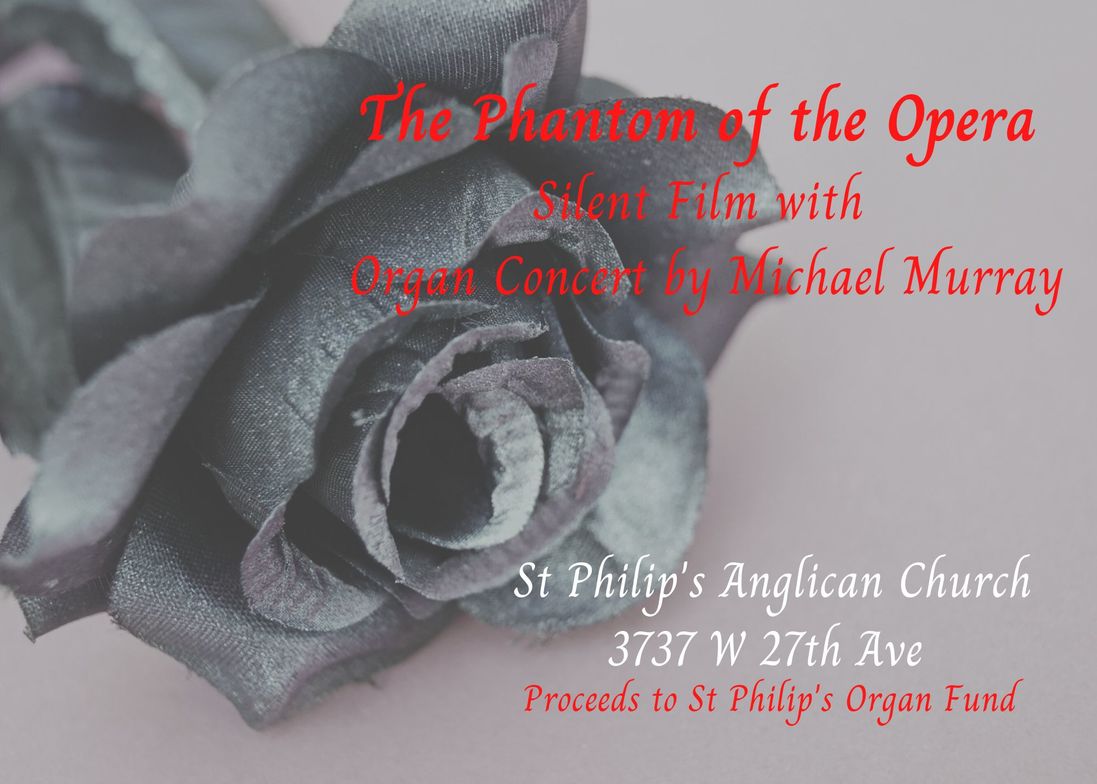 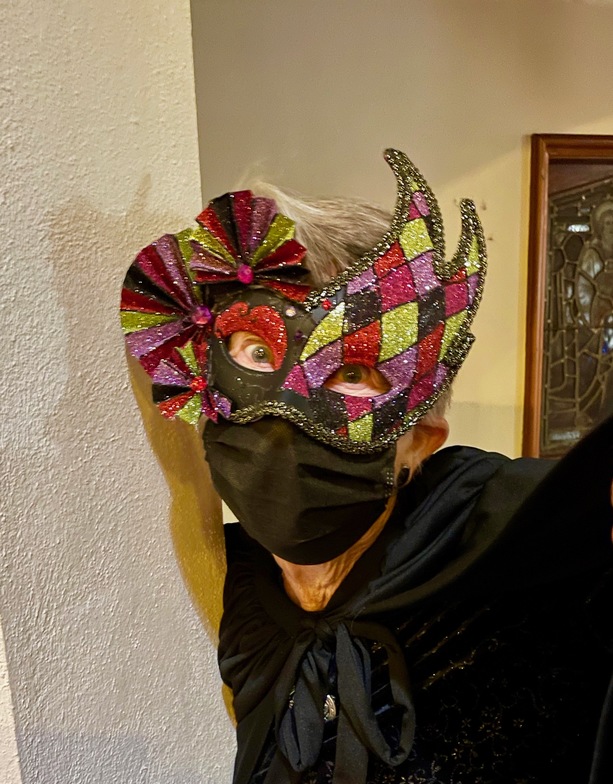 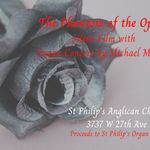 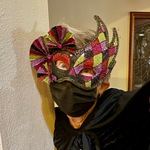 160 people attended two memorable evenings of entertainment, Oct 28 and 29. Just in time for Hallowe’en, St. Philips' Organist and Director of Music, Michael Murray provided scary organ music as the live soundtrack for the classic silent film, The Phantom of the Opera (1924) starring Lon Chaney, that was projected on a huge screen in the church. In the spirit of Hallowe'en fun, Diana Bragg checked tickets while disguised in a mask and black cloak.

When asked about the experience, Michael said:

“I played a whole bunch of different pieces to create an atmosphere of suspense and levity. Everything from Pop Goes the Weasel to Ride of the Valkyries. The film is both scary and has corny moments too. I was making a soundscape that could be flexible and spontaneous. For example I had lots of pieces to play in a particular order but I might have abandoned them to play what occurred to me in the moment. Sometimes the Phantom sits at the organ in his dungeon and would play for a while, so I would play something that might be funny for example Goodbye Yellow Brick Road by Elton John or more serious like Opening by Philip Glass.

The audience had a great time and they went home buzzing. I received a standing ovation and was feeling tired but definitely could have played it again. It is great to be able to draw on this old tradition of music for silent movies.”

The art of playing piano or organ during the early years of movies was halted when films became ’Talkies”. It was great to go back in time to enjoy Michael's prowess on our Cassavant organ. Bravo, Michael!

Keep an eye on this website for more concerts, events, ministry and worship. Next up: Dickens' A Christmas Carol, a reading with CBC talent, on Sunday Dec 18 at 7:00 PM. Tickets $25 on our website here:  A Christmas Carol