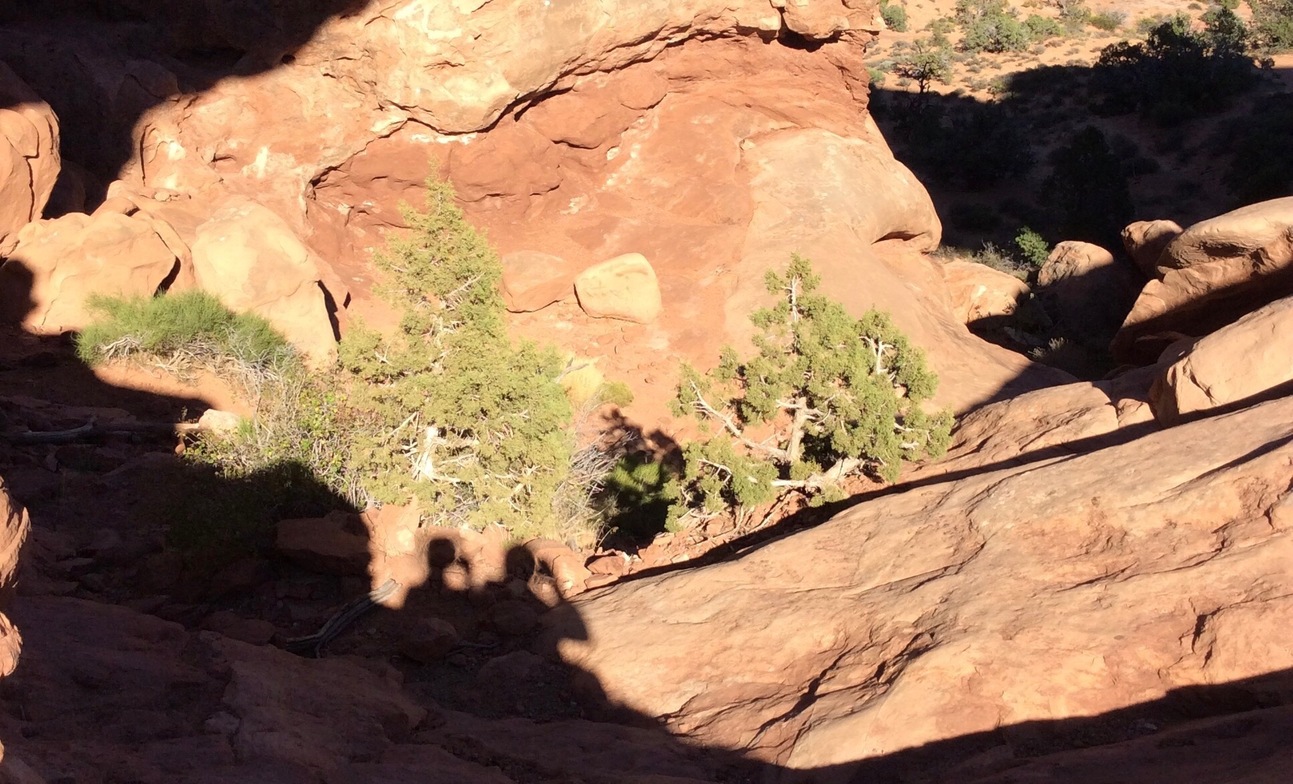 Did you read recently about a dad who dangled his child off the balcony of a high-rise building? I don't know what he was trying to prove, but he was caught because he'd taken a 'selfie' while doing it, then posted it on the internet. The youngster survived, but the man faces a stiff sentece since we take child abuse, including mental cruelty, seriously these days. Presumably any court in Canada would also take a stern stance with Abraham for the way he was prepared to sacrifice Isaac and the terror the lad must have suffered once he realized what was about to happen.

When I used to run the youth classes on Sundays, we often put Biblical characters on trial for their shabby behaviour and Abraham was one of them. We would study the texts, look at the back story and later consequences, then the young people would decide who they wanted to be - the person in the dock, the victim, witnesses, the prosecutor, defence lawyer, judge or members of the jury, or perhaps a reporter writing for the tabloid press.

Abraham's was one of the more sensational cases and from today's story, you can imagine why. Building their case, the prosecution referred to some of Abraham's previous unsavory episodes like the way he protected his own skin twice by deceiving Pharoah and Abimelech into thinking Sarah was only his sister so they could take her into their harems and spare him. Then having case out Hagar and Ishmael into the wilderness when they became an unecessary inconvenience once Sarah had a boy, next Abraham had been willing to sacrifice his second son Isaac too. But it was the callous treatment of Isaac that the prosecutor dwelt on, and having heard the damning facts for yourselves, you can imagine the prosecutor's smug smile of satisfaction - case closed!

The defence focussed on the context and lack of motive to hurt or kill - Abraham dearly loved this son that God had promised. Besides, there was such a deep bond of affection between the boy and him, that the lad had nothing to fear since his dad had assured him God would provide. It was a test- an elaborate ritual they both surely understood. To prove it, the defence called a surprise witness to the stand - YHWH. At this point, it felt more like God was on trial for putting Abraham to such a terrible test, pushing both him and Isaac to the limits of their faith in God and in each other.

What kind of God, do you think, would place such demands on anyone? There's the key to understanding the importance of this and similar stories from Israel's archives, and why we don't abandon difficult text and stick to the safer stories of Jesus. The kind of God Jesus revealed through his own life was loving and merciful, a God Jesus trusted with his life and who trusted Jesus with the truth. The truth is that life is painful at times, that death is real, but that God never abandons us, suffers alongside us, and is capable of transforming defeat and death into new life - eternal life, life that offers new beginnings and turning points that allow change to occur.

That's the kind of God Christians were taught to believe in through Jesus, but turn the clock back 1500-2000 years before him, to the time of Abram and Sarai as they were called when they set out on their journey of faith - folk back then believed in a whole pantheon of Gods and local deities that demanded sacrifices - even human sacrifice. Both in the lands between the Tigris and Euphrates, where they came from, and in Egypt, where they spent some time, they will have witnessed elaborate ceremonies, where proxy sacrifices of animals and commodities were commonplace too, although sometimes priests, kings, and tribal chiefs enacted death/resurrection liturgies to ensure the cycles of nature, brought the rains and seasonal harvests that gave life.

As well as exposure to different concepts of God, Abraham, Sarah and Hagar, Ishmael and Isaac lived in an era when polygamy and concubines, human trafficking and slavery were common. Hence the complex dysfunctional families, where jealousies and rivalry led to siblings cheating or trying to kill one another as the continuing saga of Isaac's sons, and grandsons goes on to tell us, through the tales about Jacob, then Joseph and so on. The tabloids might suggest that some things don't change much, because the baser aspects of human nature don't change, but the Bible documents seismic shifts in society away from the callous use and abuse of others, to mutual respect, concern for the needy, and ultimately, love of enemies too. But driving those shifts, was a changing understanding of God, from an aggressive, unpredictable, often angry and vindictive deity that demanded constant sacrifices, to a faithful, constantly merciful and loving God.

If we were to reorganize the Bible in the order it was written, rather than the chronological order of events and people it describes, we could trace the development of religion from the relationship the key characters and their communities had with God. It is out of those relationships, and the human connections that mirrored or inspired them, for example between faithful partners or loving parents and children, that we see the evolution of our faith which brings us together as brothers and sisters in Christ. In many ways, it reflects the natural change in perception we have of grown-ups as we move from being infants depending on a provider, and the constant care of parents, to children needing protectors and teachers who help us safely explore the world around us, then maybe rebelling against authority figures when we start pushing the boundaries until we mature and can enjoy other adults as companions, lovers, co-creators and co-workers, and soul-friends. Recognize the pattern? Recognize some of these stereotypes for God?

In terms of stereotypes, some scholars think Abraham was a stereotype representing the pioneers who migrated westwards following the great rivers, so that some of the stories about him come from a collection of tales about different people from that era. Does that mean we can excuse Abraham's behaviour towards Isaac as a case of mistaken identity? Or have we been looking at this all wrong, judging it according to modern standards and sensitivity, rather than a heroic tale about faith and trust in God? Throughout the Bible, others wrote about Abraham's faith as exemplary, so can we rest assured it was so great that despite being told to take Isaac far away and offer him as a burnt offering, in his heart Abraham trusted that God would work some miracle to protect Isaac. God promised that his and Sarah's offspring would one day number a vast multitude, so did Isaac also know enough to trust in that too, since such faith was passed from father to son through such rituals? We don't know. What we do know is that the Jewish exiles saw parallels between God and Abraham as the parent who loved his child and was tested to the limit but passed the test, so they, like Isaac were spared and returned safely home. Christians made a similar connection between Abraham and God who agonized over the sacrifice Jesus made, but their mutual trust passed the test too, achieving the miracle of salvation that lets us walk free to enjoy new life.

We may not like some of the Biblical stories or analogies. However, if we can appreciate the huge changes they described, like the gradual shift toward monotheism, monogamy and from slavery to freedom - not by denial of the past, but as markers in human progress and the development of faith, then as 150 years since Confederation let us not deny or try to camouflage history either. Instead, let us learn the lessons it has taught us, and with God's help, hold on to what is good, change what needs to change, and embrace our brothers and sisters not only in Christ, but as Christ no matter what their faith. Wasn't that Abraham's vision of a vast universal family, and Christ's prayer for universal redemption when we are all one in love?