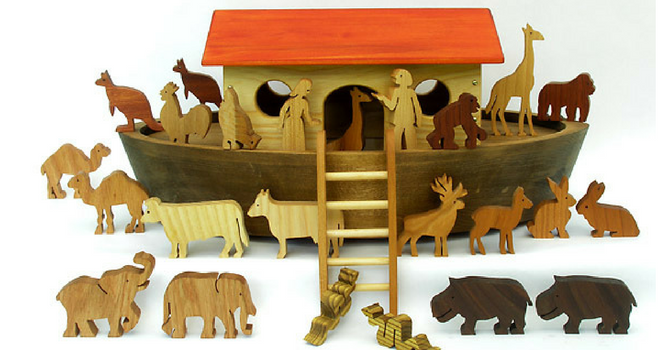 The day young Noah was brought home in a police cruiser, Mr. and Mrs. Horsefield of Greenway Farm, Saskatchewan, knew something had to be done.

“What's it this time Sam?” the worried farmer asked.  “Sheep-rustling, Joe.  Caught him red-handed leading one of Mac's old ewes along RR4.”  “B-but she was lonely P-p-pa,” stuttered Noah.  Before he could finish explaining in his strange, halting way, the RCMP officer pulled out his notepad, and ran through the list.  “Hm, let's see, we have snake-handling in the school yard,...”  “B-but...”  “No b-buts about it Noah!  Then trying to feed a baby owl to Tom Marsden's barn cat, now sheep stealing, and that's just in the last week. So what have you got to say for yourself lad?” asked the officer sternly.

Unfortunately, Noah had a bad stutter, especially when he felt stressed, like when the kids at school made fun of him if the teacher was not around, or at moments like this when three grown-ups stood there, staring down at him.  “Now don't frighten him ” protested Mrs. H, coming to the rescue with a mug of coffee all around and some of her cookies straight out of the oven.

Seated around the kitchen table, very slowly, Noah explained each situation one by one.  “The snake was lost, wriggling across the yard.  Sally was screaming and Colin was going to throw stones at it.  I only wanted to carry it to the fence and let it slip away safely in the long grass when Miss came to find out what all the row was about.”  “OK, #1,” said Sam, ticking it off.  “The baby owl was hurt, and since Tibby the barn cat had just had kittens I thought she could mother it with her own babies.  A few more days and it would have been OK.”  “What d’ya mean, a few more days?” demanded Noah's dad, dropping a cookie in his coffee with a splash.  “Tibby, she's the momma cat, had been looking after it for almost two weeks—she used to carry it to her food bowl, then carry it back and put it in a warm nest in the hay where she slept.  I stopped by every day, but then Mr. Marsden caught me said it was unnatural, so he called a man from the S-sppa (SPCA) animal rescue who came and took it away.”   “You mean the cat was actually looking after the little owl, carrying it in her mouth to her food, not eating it?”  Noah just nodded, as if that wasn’t unusual—or unnatural.  “OK, #2, but what about the sheep?  Rustling is a serious offence young man.”  “Poor Hattie—that's the ewe,” said Noah, “she was all alone in a tiny pen, but I knew if she joined the others she could look after the lambs while those young moms had a rest.”  “Hm!” was all Sam could say, scratching his head.  “Hm, #3.”

What to do?  Noah was a wizard when it came to looking after all kinds of birds and animals, attracting strays from miles around, happily tending and talking to critters of all shapes and sizes.  But he was painfully shy around people, so often began to stutter or just fall silent even with folk he knew.  What to do?  “Leave it with me” said Sam the policeman with a broad smile spreading across his face as he snapped his notebook shut and stood up to leave.  “Let me see what I can do.  I'll have a word with old Mac and Tom Marsden to straighten things out.  No harm done, but no more trespassing on your neighbour's property, hanging out in their barns without permission, or walking off with their livestock you hear Noah!”  “Yesssir,” said Noah looking very sheepish.

Things went quiet for a few months, but Noah had his hands full looking after a variety of critters that were mysteriously left on the doorstep, or as the weather turned cold, somehow found their way into the farmyard.  I say quiet—quiet as far as cop cars and complaints, but there was a lot of noise and activity down at the dell where three other farms, including old Mac's and Mr. Marsden's, met at the corner post with the Horsefield's property.  As Christmas approached, the hammering and banging grew louder, with fences going up, and who knows what was going on, but Noah was not allowed down in the dell because of the stream running through it and a deep pond that could be dangerous.

Finally, the noise stopped, but on Christmas Eve, Noah thought he saw lights down at the dell. Could it be Santa?  His reindeer perhaps?  Being Christmas, maybe he'd be allowed to go and look with his dad in the morning to see if there were any tracks to be found.

Waking before dawn, Noah checked the bottom of the bed—no stocking :-(  No Santa after all :-(  But hearing him move about Mr. and Mrs. Horsefield came in and told him to get dressed quickly, and put on his warmest clothes because they were going out.  Running downstairs all bundled up, his mom and dad led him down to the dell and through a big gate to find a row of hutches, a paddock, some fenced pens with straw bales, a stable and several huts, the biggest one being a very strange shape because it looked more like a boat—in fact it was a wooden boat that had been turned upside down and converted into a special shelter called Noah's Ark.

That was years ago, and thanks to the help of many volunteers including vets, Noah still operates an animal rescue and rehabilitation centre that cares for all kinds of creatures that need some loving care and attention.

And in a way, maybe we are all in the same boat—look up (inside St. Philip’s).  See the roof—it is like Noah's Ark—like an upturned boat which is why this is called the Nave (like ‘navy’).  Yes, at times, we all need some loving care and attention, but we also all have special gifts that can help others—gifts that we celebrate today as the child in us is reborn—the Christ child.

This story is based on a true tale (footnote *) about a child who had a special love for our furry and feathered friends, and about good neighbours who came together as a community to help him use his special gifts.  Today we rejoice at the birth of another special child—Jesus.  He loved and cared for all kinds of people, and still does—he loves us.  Yes, we are all in the same boat!

* The names and location have been changed, but the real-life ‘Noah’ is now an expert in the care and rehabilitation of wild animals and birds, treating tough cases and the most unusual critters, while veterinary students often visit Noah’s Ark to learn how to handle such cases.

** Luke 2:1-20 which is the Gospel reading for Christmas Day tells the story of shepherds being visited by an angel who brings them the Good News about the birth of Jesus, so they go to see this wonder, then return rejoicing.  Each Christmas Day we celebrate the birth of Christ with a story that allows the wondrous Child and Christ-within-us to come alive.