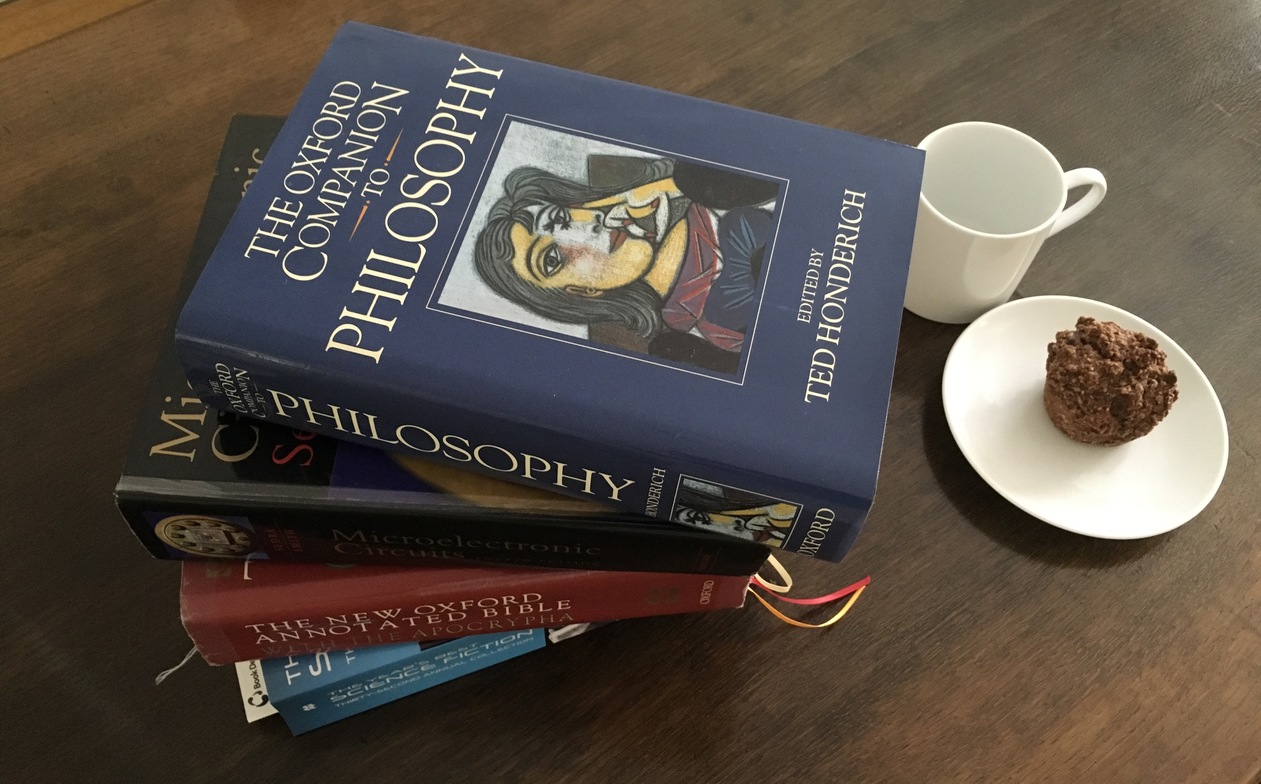 They had been shooting the breeze over endless cups of coffee for years—the same bunch of buddies sharing out the different sections of the big weekend edition of the newspaper that sparked discussions on the latest disasters from cyber attacks, forest fires and conflicts that are displacing millions, right down to the steady diet of bad news from shoot-outs in broad daylight, drug overdoses, a shaky stock market and the prospect of their local team being beaten again.  All this prompted the usual solemn shaking of heads, shrugs and chorus of groans.  Every time it was the same—the same circle around the same tables they pulled together, and same guy in his soccer strip stoking up on muffins and latte with lashings of syrup on top who always smiled and said “Sure” when they asked if they could take the empty chair opposite him—the same guy who then buried his head in the same book that looked thick enough to be a Bible.  He left at the same time each week saying “See ya” as they’d crane their necks trying to see the book cover to settle their bet on whether it was a Bible, encyclopedia of soccer statistics, ‘Grey’s Anatomy’ or some hefty tome on thermodynamics.  These were the early-birds—Saturday morning regulars, who liked their routine but welcomed a little excitement once in a while, like the time their mysterious neighbour from the next table turned up in blue jeans and smart shirt instead of shorts and soccer jersey, and picked up one of the other courtesy papers, scanning the headlines.  Curiosity got the better of them, so they invited him to draw up a chair and join them.

“No game today?” one asked? “Season’s over for me” he said, “I only coach and do a bit of refereeing during term-time.”  That got the ball rolling and soon they were laughing, sharing stories of their own sporting efforts.  “Is that big book you always bring about the soccer rules?”  “This one?” he asked, turning it over so they could see the front cover.  “Told you!” shouted one, as the rest dug into their wallets slapping down twenties, but the money remained in the middle while they chatted, as if the winner felt too embarrassed to acknowledge the bet in front of their new friend who seemed a really decent, regular sort of guy, despite his choice of reading matter.

Finally, one of them asked why he’d picked up a paper that morning.  “Just checking the opposition” he laughed.  “How, d’ya mean, are news-papers the devil’s work?” demanded one, sounding rather touchy and defensive.  “I didn’t say that” he replied unruffled, “but it is like a battle of words—the choice between spreading good news or bad, and trying to strike a balance so that people are well-informed yet also have hope so they can actively respond in ways that help others, rather than feel paralysed by all the pain in the world including their own.”

“OK, come-on then, what’s this so-called Good News about?” one asked, “and don’t say the Kingdom of Heaven, because I don’t buy that pie-in-the-sky stuff.”  “You’ve been looking at too many cartoons” he said “with harp-players floating on white fluffy clouds and Peter standing at the pearly gates asking skill-testing questions.”  “How about the ceiling of the Sistine Chapel? Michael what’s his face wasn’t poking fun when he painted that” added another huffily.  “OK, listen if you have time for another coffee, I’m buying” he said “provided you’ll let me speak for 5 minutes without interruption, then you decide.”  “It’s a deal!” they agreed, and so he began....

“Heaven Happening is like a person who has more money than they need so decided to...”  “You mean like someone who just sold a house in Dunbar to a developer?” quipped one of the guys. “Or won the lottery?” chimed in another.  “How about making a bundle on investments?”  “Must have a better broker than mine—I need to discover a rich relative.”  “Look fellahs, you agreed to listen without interruption, right?”  “Sorry, start again—go on, we’re listening.”  “So, where was I?  Oh yes, she had more money than she needed, so she decided to go to the bank, get out a huge stack of $100 bills, putting each one in an envelope with a note, then giving them away to anyone she met.  Some folk thought it was just a flyer so chucked the envelope in a bin without opening it.  Some envelopes were hastily ripped open, the note discarded unread, and money used to buy drugs, lining the pockets of dealers and coffers of the big cartels that took their cut—easy come, easy go.  Some folk, delighted by the windfall, spent part of it on themselves, but passed on the idea in a few random acts of kindness as well.  Others gave the money to charity, sponsoring activities and trips for those who could not afford such luxuries, or sending aid to countries where people were starving, hoping it would help even if some of the supplies were siphoned off in places where corruption is rife.  Knowing all this, yet undaunted, the woman kept handing out her envelopes and over time, it started to snowball, as if her spirit of generosity became infectious.  Folk who didn’t need the money, read the note and decided to give what they could afford to help others, and those who needed the money shared it, while reporters caught wind of the community spirit and their articles prompted similar schemes elsewhere transforming places by transforming the folk who lived in them, until eventually it changed the world.”

“Is that it?  Nice story, but it couldn’t happen—people are far too selfish” concluded one.  “Just pie-in-the-sky,” complained another, “you don’t expect us to believe it, do you?”  “Who was the woman?” asked another of the guys, and the questions kept coming... “So why did she keep giving money to people who would just throw it down the drain instead of being selective or investing it wisely and being able to do even more good?”  “Hey, what did the note say?”

I wonder.  Parables are supposed to express truths that can’t be reduced to a single explanation or else they get frozen in time by an interpretation that may only have applied to a specific context.  I am persuaded by scholars who think Jesus would not have explained his parables, but Matthew added his editorial comments to help a specific community where believers were falling away because of persecution and conflicts.  Hence the faithful were likened to the good soil producing bumper harvests which cold refer to new converts or the fruit of their labours.  Remove that explanation and the focus shifts, so the meaning changes to provide an important message that is timeless, so applies for us here and now.  So what is the message?  What did Jesus say?

Jesus said the Kingdom is near—it’s within us, which makes more sense if what we call the ‘Kingdom’ would be better translated as Reign or Rule.  Instead of the ‘Kingdom of Heaven’ being a place, something static, try thinking of the Reign of Christ, or Rule of Goodness—something dynamic, something happening—God Happening.  When God is happening within us, when we feel or reach for something good inside, it is like... what?

What did the note say?  What did you write?