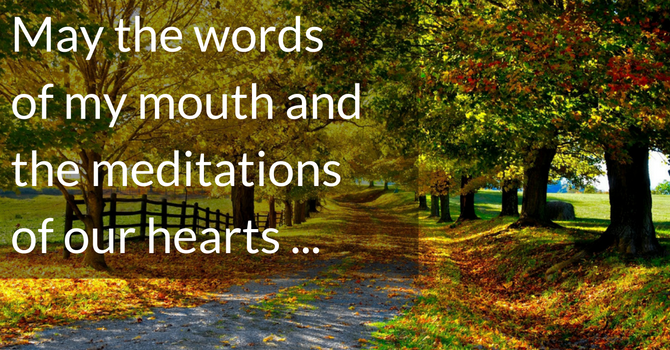 Duw, Mrs. Pugh, ‘ave you ‘erd that Mrs. Jones-the-post has gone and bought ‘erself one of them new-fangled self-basting roasting pans?  She says it works lovely, so I’m thinking of getting one. Well I never Mrs. Rees, and there’s me making do with my mam’s old drip pan—what will they come up with next?  But while I’ve got you, how did your boy do in his O’levels? Mrs. Jones-the-milk was boasting that her Brianna got six. Six?  Duw, duw, she’s a brainy one that Brianna.  Our Bryn just got two.  Mind you, one of them was biology.   He got an ‘ology Mrs Rees?  Well there you go now—no need to worry about young Bryn if he’s got an ‘ology.  Wait ’till I tell Mr. Pugh—he’ll want our boys to have one too.

Where I came from, these kinds of conversations went on all the time over garden walls or while waiting to be served at the grocer’s.  It was a classic case of ‘keeping up with the Joneses’ in places where everyone knew everyone else’s business and constantly made comparisons, each jockeying for position in the social pecking order.  It still goes on, but nowadays we have banner ads, billboards and social media to broadcast the latest thing we need to have for bragging rights.

Competition seems to be the name of the game, but I learned my lesson about making comparisons from a teenager who was top-roping me on a precarious rock-climb up near Squamish.  There I was, over a 100 feet off the valley floor, near the top of the climb, completely stuck and clinging to the rock like a spider with rigamortis because the man on an adjacent climb had come unstuck, fell, and was swinging like a human pendulum.  Scared stiff, I couldn’t move, and felt my strength seeping away, until my young companion shouted Come on, concentrate! You are almost there.  Stop looking at him and focus on your own climb—I’m getting tired too.  When I finally hauled myself over the ledge, my teammate gave me a long lecture while he coiled the rope, saying that we cannot afford to waste time comparing ourselves with others—it could be fatal.

In today’s Gospel, Jesus paints a picture of two men in the Temple, so-say praying—the one apparently preening with self-satisfaction as he compares his amazing personal piety with a wretched Tax-Collector who beats his breast with remorse as he confesses his shortcomings to God.  These caricatures are obvious stereotypes of self-righteous souls who spend their prayer time patting themselves on the back, versus repentant sinners who pound their chest, asking for forgiveness.  Notice how the Tax Collector is so totally absorbed in his confession, he doesn’t even glance at the Pharisee so isn’t tempted to say Thank goodness I’m not like that arrogant so-and-so who sets himself apart from ordinary folk!  Instead, as he asks God for mercy, he pours out his heart, emptying himself of guilt, shame and regret, making room for God’s grace to flood in, filling him with the forgiveness and love that makes it possible for him to walk away feeling washed clean and equipped to face life anew.  Now that his relationship with God is restored, he is free to work on creating right relationships with others.  That’s what righteousness means—right relationships.  In the meantime, contemptuous of the Tax Collector, so oblivious of God’s salvation and redemption at work, the Pharisee stands aloof, so puffed up with pride and full of himself there’s no room for God’s grace.  In fact, he seems to just regard God as the audience for his self-congratulation as he rattles on saying thankfully I am not like other folk, I fast twice a week, I give more than most people or than expected—I, I, I.

Yes it is wonderful to be so pious and generous, but genuine thanksgiving also generates humility when we recognize the amazing gifts we enjoy and privilege it is to have the ability to give back from what we have been given.  Unless we feel ourselves filled by God’s grace we are missing the joy of our abundance—whether it is an abundance of time to be able to thoughtfully make choices like fasting from greed and certain consumer goods, or sense of financial security that may not amount to great wealth but does allow us to budget a portion of our income to charitable giving, or an abundance of talent for something that gives us joy as we use it to give joy to others.  This has all been said before, but we say it again and in different ways each year through our Stewardship campaigns, because circumstances change—we change, so perhaps the time right for some, if not all of us to celebrate changes, firstly by taking time to ponder them then responding.

Taking time to ponder is one aspect of prayer.  These past two weeks we have heard two parables of Jesus that talk about different approaches to prayer.  Last week it was about persistence, today about our attitude and honesty in God’s presence, our ability to listen, not just talk, our willingness to pour out our hearts and be open to God’s grace.  I’ve found talking about prayer from the pulpit isn’t very effective because it is so personal it needs the personal touch, hence our ‘spirituality pop-ups’.  Many people are a bit embarrassed to talk about prayer, and yet there’s no need to be—we each go about it differently, or can do if shown how, but if Jesus placed such importance on prayer and clearly got a lot out of it, (especially at critical moments in his life and ministry), that must tell us something.  It is no coincidence that prayer is prominent throughout Luke’s Gospel—the very Gospel that pays the greatest attention to social responsibility and the inclusion of ‘outsiders’.  Why?  Simple—communion with God lies at the heart of Christian discipleship and spiritual growth, or as Jesus put it our faith life is defined by perseverance in prayer—look how he even interceded for the criminals being crucified beside him.

What is it about prayer that makes the difference?  Perhaps it’s a matter of who or what we focus on.  I’m guessing that many of us spend a good deal of our time, focused on ourselves one way or another—not preening like the Pharisee, or showing off, but lost in our own hopes, worries and concerns–anxious about our families and friends, or trying to improve ourselves in some way.  This is only natural, and most of it is good provided we don’t get caught up in unhealthy self-obsession, or the kinds of competition and comparisons that leave us feeling wretched, like trying to ‘keep up with the Joneses’.  You see, when we become so self-centered—literally centered on our own capacity to cope with everything, it can become very stressful, and that’s when I find it amazingly helpful to take it to God in prayer as the hymn goes.  It’s like this—just recently I visited a beautiful garden with all kinds of sculptures, topiaries and magical mini-environments dotted about the grounds.  Coming from one corner, behind a huge hedge I could hear oohs and aahs, and delighted cries of neat!  When two tourists exited through an archway of vines, I had to investigate, so walked into the middle of what I didn’t realize was a motion-activated set of rotating mirrors.  Stepping into the middle of them you become surrounded by umpteen images of yourself.  For a few moments all you can see is yourself—you are trapped with no way out until the mirrors move aside, then suddenly you can see for miles, because this was built at the top of a bluff with magnificent views in almost every direction.  That is what prayer is like and why it helps, because it not only allows us to see things, see ourselves and life from different angles, but also takes us out of ourselves to enjoy new horizons and something far greater that I call God.