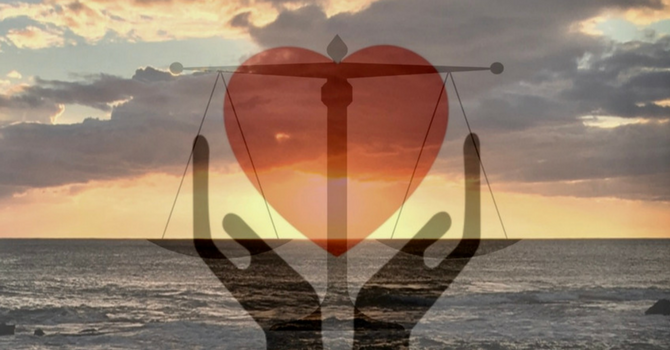 So why doesn’t God do something? she demanded, jabbing the air with her forefinger, then folding her arms as if resting her case.  Good, I said, progress—five minutes ago, you claimed you didn’t even believe in God.  Good—what’s good about it? she asked. Haven’t you been listening? Oh, I had been listening alright, but had heard it all before—this was just the latest list of everything that is wrong in the world, wrong with life in general and her life in particular, especially her latest boyfriend, and now it’s all God’s fault.  Guess what, she continued, we had this huge row over who should do what, so he went silent on me for days and finally shows up with a bunch of flowers and box of chocolates as if that was supposed to make it all OK again.  I just want him to take some responsibility!

I had to smile, wondering how God was taking all this.  For a start, how many times had God tried to persuade people to take some responsibility, but they had wandered off when it sounded too much like hard work, or gone away for a good time, then came to their senses so tried to buy their way back into God’s good graces with all kinds of fancy gifts.  And what does God say?  Ironic really, but just like my friend, according to the prophets God says repeatedly I don’t need your peace offerings!  All I want is for you to stop being so selfish, take some responsibility, and sacrifice whatever it takes to make the world a better place for everyone—treating all creation, all my people fairly and with proper respect.

Actually, my friend seemed to be echoing God’s hopes too, yet instead of accepting her own share of the responsibility for what went wrong or putting things right, she blamed every failure and frustration on God.  There’s nothing new about this—in the Bible we hear that God has been accused of being vicious, vindictive, ineffective, indifferent to suffering, going AWOL, even of being foolish, while throughout history some folk have invoked God’s holy name to justify various forms of intolerance, oppression and bloodshed.  If found guilty of performing or inciting such terrible things, perhaps God should be sentenced to life imprisonment—locked up to the whole of eternity, while we throw away the key.

That’s precisely what many people argue, condemning God without even a fair trial.  In his essay God in the Dock, C. S. Lewis suggests that rather than see ourselves standing before God’s judgement and mercy, we prefer to put God on trial while we act as judge and jury.  Actually, as courtroom dramas go, the prophets make great reading.  Take today’s snipbit from the case of the People vs Yahweh, as reported by Micah. Summing up the case for the prosecution, the jury is left with a number of unanswered questions like: What has God ever done for us?  Shouts of the Creation from the gallery and the Exodus from the floor are silenced, as Yahweh takes the stand to speak on his own behalf and deliver a compelling defence based on the countless saving acts he had performed, citing occasions she had turned the people’s sorrow into joy and laughter, restoring their hope and strength, helping them to rebuild lives and cities left in ruins after disaster or defeat, even turning curses into blessings like the time when Balak, the king of Moab could not destroy Israel with a deadly curse because God overturned it.

The ability to transform something bad, or something that seems like a curse, into a blessing lies at the heart of all today’s texts and the heart of God’s nature to bring good out of evil, error into truth, death into life—even death on the cross.  Right there’s a problem—ignoring the outcome and resurrection, people like to put God in the Dock for letting his son, an innocent man, suffer humiliation, pain and crucifixion which was not only a terrible way to die but also considered a curse. Paul, on the other hand, having been transformed after meeting the Risen Christ, points to the saving grace of the cross, but such a defence must seem incomprehensible to those who put their faith in prestige, special signs, clever philosophical arguments or conventional wisdom.  Instead, Paul describes a different value system that celebrates the power of God’s love, assuming that ultimately we all depend on Someone greater than ourselves—all need Someone who cares for us no matter whether we are rich or poor, young or old, weak, strong, male or female—all kinds of people.  What’s more, that Someone (who we call God) hopes we find fulfilment and joy doing likewise—taking responsibility to love and care for each other.

In today’s Gospel, we join the disciples, as Jesus begins what we call the Sermon on the Mount with a series of Beatitudes describing blessings that those who are poor in spirit and mourn, as well as those who are meek and merciful, pure in heart and peacemakers will enjoy in God’s Kingdom.  To the extent that we may identify with one or some of these categories, the prospect of vindication and promise of blessings is very comforting, especially when there seems something wrong or we feel overwhelmed, like my friend for whom little seemed to be going right or to her liking. However, the Beatitudes reach beyond our individual situations to life in community as a foretaste of the Kingdom.  The way Matthew tells it, Jesus was preaching to a group of disciples amongst whom there might well have been folk lamenting something, folk feeling down, folk seeking to do the right thing and so on—all possibly needing to hear a word of hope and encouragement, and all able to offer that to others at different times.  Each of the nine blessings point in the direction of what the Kingdom will have to offer when it is fully realized.  We are not there yet, but as a Christian community we can claim to be on the way and so celebrate that.

Sometimes it’s tempting to criticise, to find fault and finger-point—or when all else fails, to blame God.  Without seeing the world through rose-tinted glasses or denying what needs to be put to right, remember bad news sells newspapers, and it’s exhausting when the bad stuff sticks without something good to counteract it.  A therapist speaking to caregivers said our minds are like Velcro, so unless we get enough good stuff to stick too we risk burnout and despair.  As a community of caregivers, all called to do justice and love kindness as Micah puts it, we take sadness in any of its forms or situations seriously, so do not try to sidestep it.  However, it is a balancing act, and the trick is to learn how to walk humbly with our God—to walk in God’s ways but know our limitations, so besides taking action and responsibility, to ask for God’s help and enlist it from others.  We are assured of God’s blessing but also called to be a blessing to others.  What an amazing privilege—it shows how much faith God has in us.  But if sin takes something good and makes it bad, blessings often seem to do the opposite—turn something bad into good.  There’s plenty of scope for this, especially in times of challenges and change, so take your pick, and may God bless you!