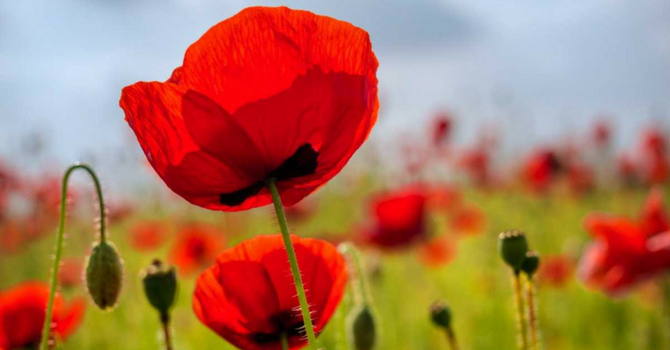 Blessed are those who hunger and thirst for righteousness, for they will be filled.

In 1914, H.G. Wells wrote a book called The War to End all Wars.  Four years and 16 million deaths later, on 11th November, 1918, British Prime Minister, David Lloyd George rose to address the House of Commons saying: I hope we may say that thus, this fateful morning, came to an end all wars.  World War I was over.  Twenty years later World War II, the deadliest military conflict in history began claiming over 60 million lives, some sources say 70 million.  Since 1945, there have been more than 240 wars and major conflicts, (including riots, rebellions, revolutions and civil wars, sectarian violence, skirmishes, border clashes, invasions and insurgencies, wars of independence, regional and international conflicts, guerrilla wars, huge battles and military operations) around the globe—many of these involving people fighting for freedom from oppression, or basic needs like food and a place to live.

Blessed are those who are persecuted for righteousness’ sake, for theirs is the kingdom of heaven.

In both so-called ‘Great Wars’, civilian deaths far outnumbered the military—innocent victims including not only those caught in the crossfire, who we euphemistically refer to these days as ‘collateral damage’, but 6 million Jews who died in the Holocaust, and millions of other ethnic, religious or socially identifiable groups who were systematically hunted down in ethnic cleansing programs—a practice that continues to this day.

Blessed are the peacemakers, for they will be called the children of God.

While the World Wars I and II alone claimed the lives of 112,000 Canadians, the casualty list triples that.  Since then, Canadians have fought and died in the Korean and Gulf Wars, but also been sent as Peace-keepers on missions during the Cold War and to conflicts in many parts of the world including Cyprus, the Golan Heights, Bosnia, Croatia, Somalia, Afghanistan and Iraq—where right now Canadian military personnel are part of the coalition forces fighting ISIS, while civilians also continue to be killed.

Blessed are those who mourn, for they will be comforted.

Today, we remember those who gave up their lives for our freedom, and all who have died, not only in war, but in other conflicts, making that supreme sacrifice for peace, the protection of those they loved, and what they believed in.  But as we pay tribute to them, let us not forget the survivors who have to deal with the loss of loved ones, friends and comrades.

Blessed are the poor in spirit, for theirs is the kingdom of heaven.

Let us pray for those who continue to suffer the aftermath of violence—those who live in misery and with memories of untold horror, the veterans and civilians who bear the scars–and let’s try to support those who struggle to rebuild broken lives, ruined homes and homelands, and wrecked relationships.

Blessed are the merciful, for they will receive mercy.

Studies into domestic violence that pass from one generation to another, as well as into long-term conflicts in the world’s ‘troubled zones’ tell us that there is only one way to break the cycle of ongoing hurt, anger and revenge—and that is to forgive and be merciful.  It is hard, very hard, yet the alternative is ongoing conflict, so while we need to name and acknowledge the damage done, (which is what truth and reconciliation commissions aim to do), as Christians we are also called to forgive and be merciful—to break the cycle of hatred and hostility, and that is no easy task.

Blessed are the meek, for they shall inherit the earth.

Later in his Sermon on the Mount that I have been quoting from, Our Lord tells us this: You have heard that it was said, ‘An eye for an eye and a tooth for a tooth.’  But I say to you, ... if anyone strikes you on the right cheek, turn the other also, .... Love your enemies and pray for those who persecute you.  If this is what meekness amounts to, it takes a lot of strength, yet Ghandi and others who have led quiet revolutions have had the courage to challenge mighty powers this way—witness the fall of the Berlin Wall when ordinary folk dismantled one of the most visible symbols of division between East and West—a remnant of World War II and the Cold War that followed on its heels.  It is said that the Soviet-Bloc had over half a million troops positioned ready to fight, but realizing that the people wanted peace and would resist, they backed down.  Let us not confuse meekness with weakness—it takes courage to walk into firing range—the same courage as those who have fought in battle demonstrated.  Most of them were probably meek too under normal circumstances—just ordinary men and women who knew no other way to resist the evil forces at play, or who felt they had no other choice if they were to protect those they loved and what they believed in.

Blessed are the pure in heart, for they will see God.

Today, we remember and honour all those who have given their lives for freedom, justice and peace, but John Kennedy said that As we express our gratitude, we must never forget that the highest appreciation is not to utter words, but to live by them. So, let us honour their sacrifice with grateful hearts, pure hearts cleansed of all hatred and bitterness—peaceful hearts.  To get there perhaps we have to fight the war to end all wars—the one we have to win with ourselves, resolving any conflicts that stand in the way of peace.  Yet, with God’s help, one day, when everyone can do that,... nation shall not lift up sword against nation, neither shall they learn war any more.

Gracious God, just as many people have given their lives so that we may have many of the blessings we enjoy, you call us to be a blessing to others.  Teach us your ways and give us the grace to practice what we learn from your word and from the example of others.  This we ask in the name of Jesus Christ, your living word and Prince of Peace.  Amen.