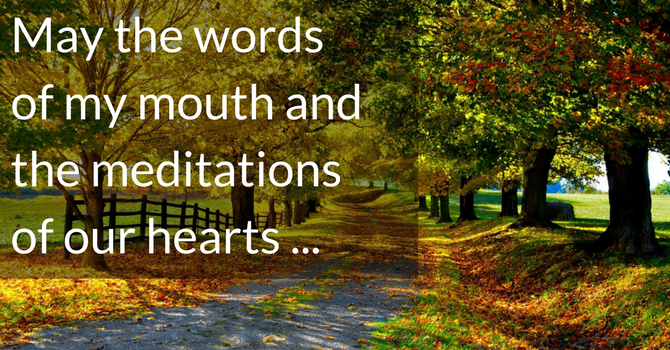 “When Herod saw that he had been tricked by the wise men, he was infuriated, and he sent and killed all the children in and around Bethlehem who were two years old or under, according to the time that he had learned from the wise men.”

Only one verse for a story that makes up a parent’s worst nightmare.

It sounds like something out of a fairy tale, more Bluebeard than Bible. The evil king, cunning and full of vengeance, the hapless hero family, sneaking out in the dead of night to flee to safety from his clutches, and his ensuing rage and massacre of those who were not so lucky.

Just as a point of interest, Biblical historians and scholars are fairly certain that no such massacre occurred as Matthew has described it here, for they have found no records outside his Gospel to substantiate it. The Gospel writer wanted to emphasize parallels between Jesus and Moses, who was also saved from the deadly rage of a ruler frightened of being deposed.

But, of course, people of faith know that stories do not have to be factual to be true.

Countless children were victims of genocide in the twentieth century. 1.5 million children were killed in the Holocaust. Two famous school sieges of the 2000s, Beslan and Peshawar, each claimed over a hundred child victims. We’re only just past the anniversary of the smaller but no less tragic Sandy Hook school shooting. The most recent numbers from Aleppo suggest that 50,000 children have been killed in the conflict. Millions more are now refugees.

We may use the phrase “fairy tale” to refer to something fanciful, or spurious, but stories often arise from shared cultural experience.

Sometimes, the wolf or the wicked witch is real, and it is always us.

I don’t tell you this to fill you with dread or grief. I know that these words are heavy. But church is not a place for hiding from the truth of who we are or what we do. Our central narrative is, at its heart, about innocent suffering. Church, then, is a safe place to be together as broken and blessed people, turning our hearts toward the one who made us, redeems us, and calls us to witness to the power of love which cares not for itself alone but for the well-being of all people.

And in this time, when holy innocents and refugees around the world cry out for justice, we must witness loud.

So how can we do that? As always we are called to witness to love by witnessing to Jesus, the one who loves us before the world, in the world, and beyond the world.

Now we are accustomed to sharing the stories from Jesus’ adult life. We often see his adulthood as the time when he actually went about his “real” work, healing, exorcising, teaching, and breaking bread. We talk briefly about his childhood at Christmas and in Epiphany, but there is a great span of silence in the years between his childhood and his adulthood. Several writers of the very early church tried to fill the gaps, and produced apocryphal works like the Infancy Gospel of Thomas, the Gospel of James, and the Syriac Gospel, that chronicle some of those missing years. Strangely, though, most of them feature Jesus acting like a complete brat, often using his powers to bully people! This was a common theme in the writings of the time, portraying divine beings and gods as tricksters in their childhoods. Although I recommend them to those who are interested, I think they are useful as little more than antique curiosities these days.

That leaves us with nearly nothing, except for the Gospel passage we just heard. I think there is something incredibly important to be found in what little we do have.

So what does this story tell us about the child Jesus, and what can we learn from him?

In the ancient world children had little value and were seen as incomplete persons. They were believed to have no inherent worth, but were measured by what they could provide to the people around them. A royally born boy child could, say, secure the throne for his line for one more generation, but was little more than a pawn or gambling chip before he reached adulthood. Daughters were a disappointment and a liability, often discarded at birth by rich and poor alike. Children in general were not seen as capable of contributing much to society. Many were sold into bond slavery, sometimes to pay off their family’s debt. And they were highly vulnerable to disease, so many did not live to see adulthood or even adolescence.

If we consider this, it offers us a striking parallel to the homeless betrayed crucified Jesus of the cross: a marginalized expendable refugee Jesus of the manger.

When we sing our songs about Jesus in the manger, we are proclaiming something radical. We are saying that God is so much more than an abstraction or an absent watchmaker. God had a heartbeat. God knew the steady erosion of bone, the tangle of veins, the invisible necessity of breath, the enveloping delicacy of skin. God knew the shock of birth, the aggressive vulnerability of infanthood, the confusion of sudden flight, the apprehension of a new culture in a new place. God, the creator of all things, the source of all life, once knew the deeply unsettling moment all of us have faced as children at one time or another, where we looked up at our parents and realized they were afraid.

This should give us a great sense of awe at our hallowed bodies, and a great sense of hope whenever we are reminded that there are places where children are still seen as little more than commodities or cannon fodder.

The unparalleled children’s entertainer Mr. Rogers used to tell a story about how when he saw terrible things on the news his mother would say, “Look for the helpers. You will always find people who are helping.” I know that this community, our Diocese, and Christian churches around the world have witnessed to and been these helpers she was talking about. People around the world have stepped up to sponsor families fleeing the devastation of Syria and other countries where people live in fear and peril. Our very own children here at St. Philip’s, with your help, raised money at their last bottle drive for Roméo Dallaire’s Child Soldiers Initiative, which seeks to eradicate the use and recruitment of child soldiers.

In this community we have parents, grandparents, aunts, uncles, cousins, godparents, sisters, brothers, and friends of children. When we care for them, we know that it is one thing to comfort a child by appealing to one’s adulthood or experience. It is something else entirely to share moments of empathy and vulnerability with our children, where we discover that there is little to offer aside from solidarity, aside from “I’ve been there, and even if I think things will get better, I can sit here with you if you don’t believe it, because I remember that too.”

Before I end, let’s try an exercise to help us better understand the lesson we can take from the child Jesus. You can close your eyes if you want. Now take a moment to think of a time when you comforted someone younger or smaller than you, not by offering great wisdom or advice, but just being with them. Think of how that felt. Maybe it felt uncomfortable and difficult, and it took time to realize how valuable it was. Maybe it felt moving and precious. Maybe it drew you closer to each other.

Remember, and hold those feelings in your heart for just a minute.

Now, let yourself become that child, and know that God is in your place, knowing all of the painful recognition of your struggle, knowing it and loving you more because of that knowing.

Sink into that love. Surrender to the weight and comfort of that greater wisdom. Allow it to envelop you like arms.

You can let that feeling be your strength for our time together here, in this place and beyond.

Carry it with you, and share it wherever light needs sowing.

Immanuel: God is with us.