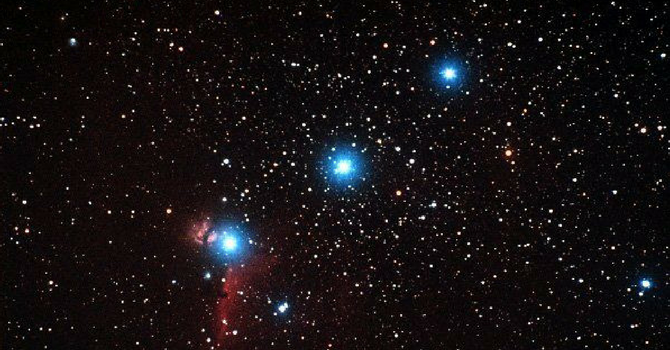 He was a big, powerful guy, handsome too before injuries took their toll leaving him with a broken nose and visibly scarred from connecting with a ball or boot all in the name of the game—football.  We hadn’t seen each other in years and had never had a lot in common, so I wondered how our road trip was going to pan out.  For the first 100 km he was busy rubber-necking, curious about everything having never been to Canada before.  Keen to show off my backcountry skills, I stopped at a rest area to brew up a cuppa’, but before I knew it, he had disappeared.  Next thing, he was calling me over to a camper—the only other vehicle in sight.  In the time it took to boil water, he’d helped an elderly couple with some heavy lifting and other chores, earning us a delicious second breakfast.  It was a real eye-opener to watch him give them a hand, have them laughing at some of his tales, then listening intently to their life stories.  Amazed by the lovely, effortless way he befriended complete strangers, I asked how he did it.  He said teamwork and sport had taught him a lot, even the hard knocks, but as head of pensions for a big organization he’d dealt with people at all life’s major turning points and gone the extra mile when an employee died or was widowed, visiting the family to help deal with any financial issues. So much for my rough, tough older brother who I discovered is really a great big softie.

She was so frail, just skin and bone when we met—one of the first people I visited in hospital as a student intern years ago.  With no other information than a note saying that she was Anglican, I knew nothing about her, not even what she looked like, so even had to ask a nurse to direct me to the right bed.  Seemingly unresponsive, her tiny, skeletal frame seemed dwarfed by the life-support systems surrounding her, and her pale, paper-thin skin showed the ravages of a hard life, long battle with illness, or both.  No course on pastoral care had prepared me for this, nor for what would happen when I started to pray, but when I began the Lord’s Prayer, she was suddenly transformed—her eyes opened and sparkled, firm flesh seemed to appear beneath a perfect, rosy complexion to reveal the most beautiful angelic face as her lips moved to join in, then finally rested in a peaceful smile.  Did I imagine it?  I don’t know, but I’ll swear that for a brief moment she seemed bathed in light as she serenely embraced new life.

They may not be mountaintop experiences, but who’d have guessed that the battle-scarred sports jock was really a loving, gentle giant, or that the sunken features of a dying, emaciated woman dozing in a hospital bed could suddenly come alive, radiating huge reserves of inner strength as her eyes shone with delight at the words Our Father who art in heaven...?  What about all the down-to-earth occasions when we simply see others in a new light, reminding us there’s far more to folk than meets the eye?  We may not see them bathed in some mysterious light, but in different surroundings or circumstances, interacting with different people perhaps we may watch them behave differently.  As any preconceptions that can cloud our judgement are blown away, if we can see something special, something unique and lovely about them, I believe we glimpse the glory of God just as surely as the disciples saw revealed more fully in Jesus.

There are many theories about why Jesus told his three friends not to talk about their vision of his Transfiguration until after his resurrection, but at least it allowed every disciple to see God’s glory revealed in him and others for themselves, without setting up any competition or specific expectations about what defines a spiritual experience.  Some say the Transfiguration was really an encounter with the Risen Christ that Gospel writers inserted earlier in the story to assure the faithful who walked the way of the cross (as we will in Holy Week) that the one who suffered so much was still the Son of God and still beloved, so never abandoned.  Perhaps we need to hear that too, especially when we are in pain, feel down or afraid of what lies ahead—the message that suffering and confusion does not diminish us in the eyes of God who loves and cherishes us always.    Regardless whether the Transfiguration was really a meeting with the Risen Christ, a visionary preview of the resurrection or the confirmation of what Jesus had heard at his baptism about being beloved and pleasing to God, it is one of the bright spots in the story of the journey to Jerusalem that must have spoken volumes to the first Christians, yet still has a lot to say to us today.

For those disciples who had been brought up as Jews with Moses as their great hero of faith, the parallels with Jesus would have been important in fulfilling scripture and their expectations around God’s promised Messiah. Look at the similarities between the two mountaintop events we heard about this morning starting with the mention of companions and the six days, then God shrouded in cloud speaking to reveal something crucial and consistent in the divine hope for us. You see, while the Ten Commandments could ensure harmonious, peaceful co-existence in communities by promoting honesty, as well as love and respect for God, other people and their property, the same would be achieved if folk listened to God’s Son who told his followers to love God with all that is in them, and love their neighbour as themselves.  Later on in the story, we will learn that Moses was also seen glowing as if bathed in bright light.

To help Christians believe, whether originally Jewish or not, we hear Jesus being confirmed as the beloved Son with whom God was well-pleased—something we had heard before at his baptism.  Perhaps we also hear echoes of this at confirmations when we are assured of our adoption into the household of God that occurred at our own baptisms.  Similarly, just as Jesus reflected the Glory of God, we do too when we are fully alive as St. Irenaeus once said.  Anthropologists and artists describe the state of being fully alive as flow.  We can all experience it, typically at times when we are so completely absorbed in something that we can almost feel life or the creative spirit flowing in and through us.  This is true of many activities that require hand-eye coordination and pursuits that demand complete concentration as they engage the body, mind and/or spirit.  This includes meditation, contemplation, prayer, yoga or the practice of mindfulness when we are totally aware or in the moment, but the same applies to any jobs of work or day-to-day activities when we approach them with care.  Care-giving in any form or field can channel a flow of goodness, love and care for others through us in such a way we can feel fully connected to the source of life as we pass it on.  In its broadest sense, care-giving can be expressed through parenting and teaching, practicing any profession or skill and passing it on, policing, peace-keeping or simply paying attention. The list is endless.  That’s the beauty of life—it embraces us all and comes to us as a gift to be embraced, to be valued and enjoyed in all its variety.

When we’ve learned to see God’s glory reflected in the mirror and look for it in others we can be in for some wonderful surprises.  Isn’t that what we are called to do—to see and welcome Christ in others and be Christ for them?  Multiply that many times in a group of people transformed by the love of Christ and able to see the Glory of God reflected in others, and what do you get?  Something special, something pretty dazzling—a community like this!