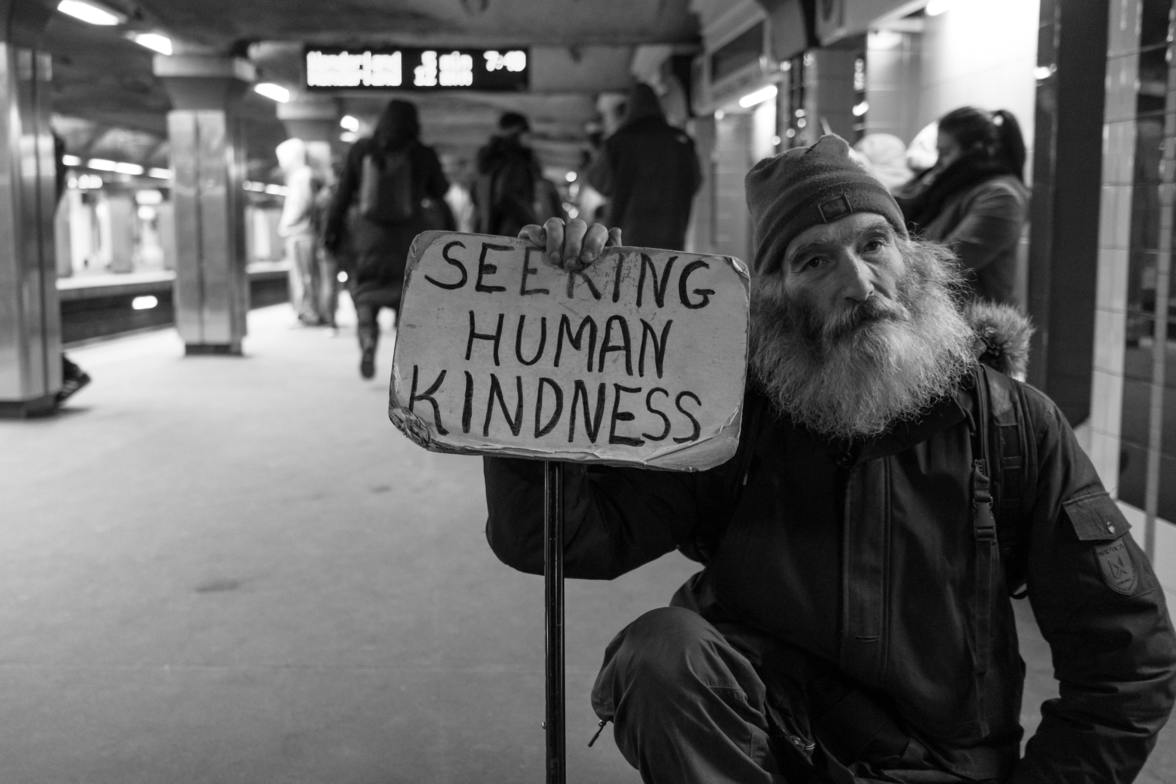 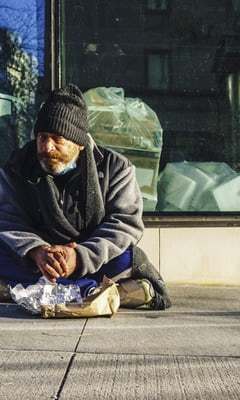 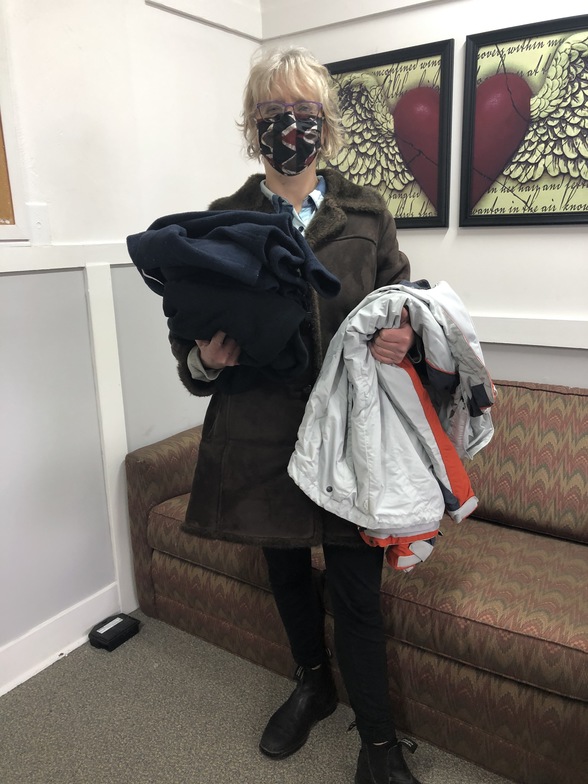 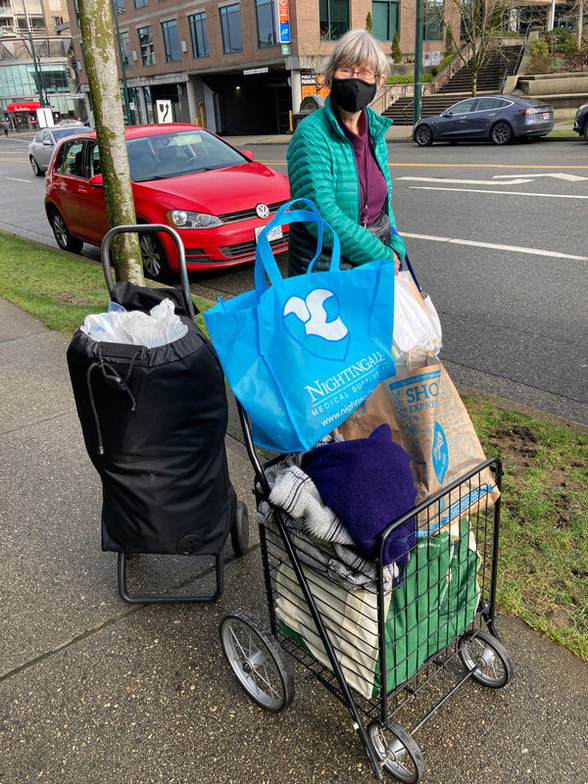 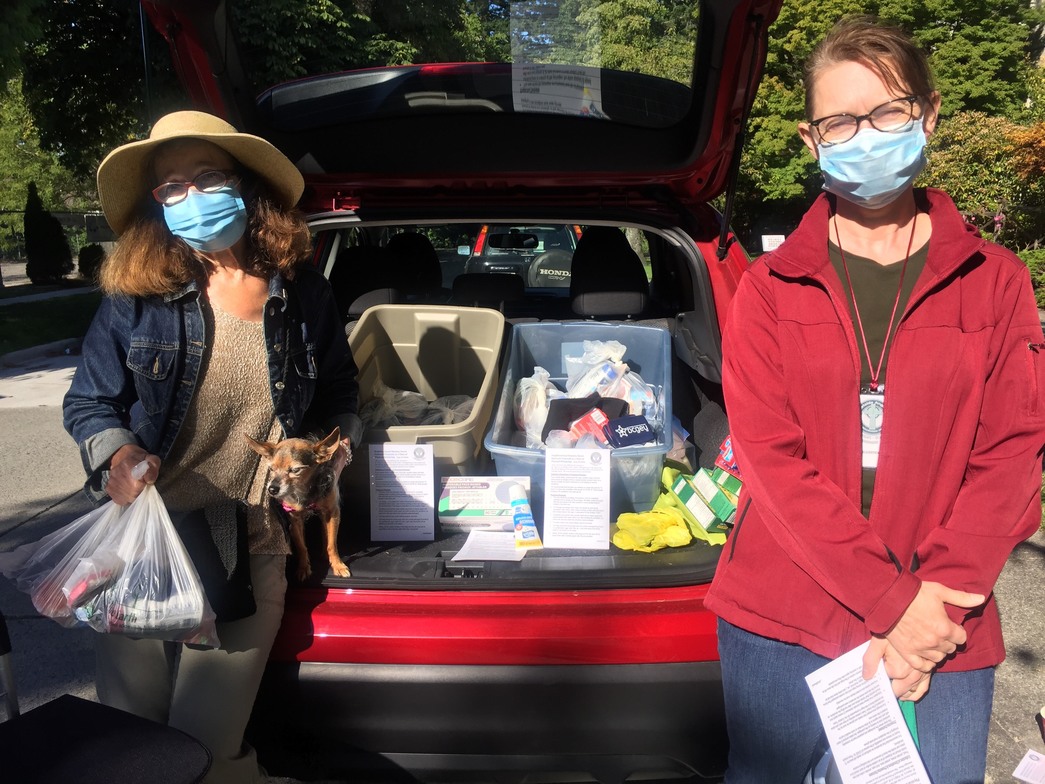 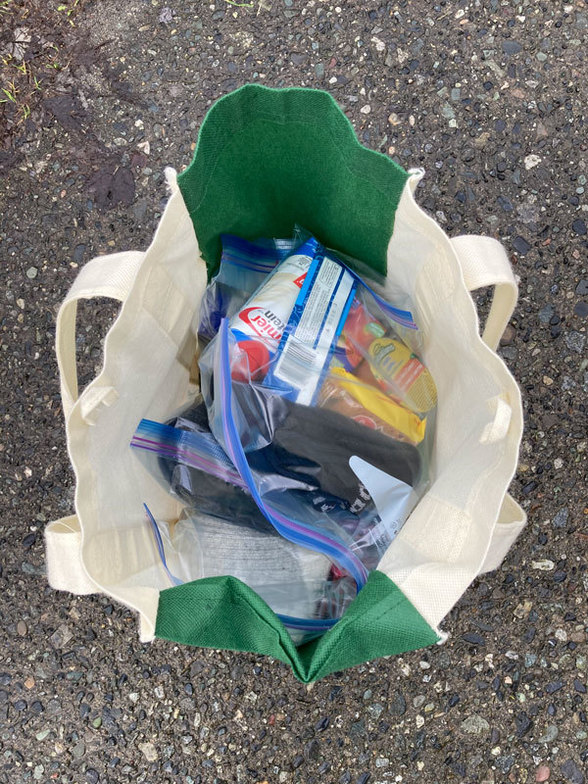 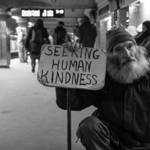 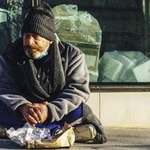 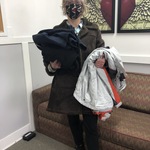 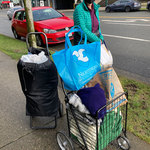 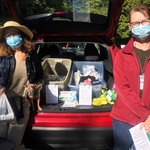 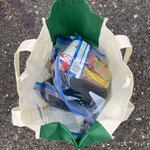 If the reports below inspire you to be part of an indoor or outdoor team, or assist with our social media presence, please contact Joan Stewart at [email protected]. For more information on the WANM, please visit neighbourhoodministry.com and our Facebook page

Peg and Janice met Suzi at St Philip's on a super gloomy, rain-filled morning. Suzi loaded Janice's minivan with four nice, oversized warm coats, a sleeping bag and mat, a big bag of waterproof gloves, another bag of hats and scarves, underwear, long underwear, and HUGE Christmas packages (packed by Sophia) with the usual items, plus extra socks, a large chocolate bar and a $10 McDonald's gift card courtesy of a generous St. Philip's parishioner. There was also fresh food: eggs, bananas, mandarins from Joanne, plus delicious cookies and sandwiches made by Katie. We also had vital information about extreme weather shelters that would be open over the weekend and reminded our clients to check their housing applications, as several hundred units of new supportive housing may soon be available in 2022.

It was cold, and the rain was becoming quite intense, as we started with a quick prayer.

We found B asleep, bundled up in his sleeping bag at St. Helen's and left him a package.

At Whole Foods, we parked and walked around. We did not see P at first. Outside of Shoppers on 4th Avenue, we saw M but he did not want anything. When we circled back, P was setting up, and we gave him a Christmas package.

Under the bridge at 7th and Fir, we found R and G with a huge pile of stuff. They looked pretty rough and were very grateful to receive packages and food, warm coats and gloves, and toiletries. H was in his sleeping bag in the parkade behind Windsor Plywood. He was cheerful and took a package and food.

At the VSB Park, we did not see J. E was in his sleeping bag, tucked up under the building overhang, barely keeping dry. He took a package and food and a nice, warm down vest.

We both took carts and bags and walked the usual Granville route. We did not find anyone until we got to the Circle K on Hemlock, where we saw M near the building with his bike. He was delighted to get the package and fresh food, and the waterproof gloves made his day. He told us that we had missed A, who was inside the Circle K, and that the pallet we had seen near Granville belonged to his friend A. We left a package for A, too.

J and P were tucked away in the upper stairwell by the old currency exchange on Granville. They were very thankful to take everything we offered, including warm coats.

We saw C and D in a doorway on Broadway just west of Granville. They were new to us and seemed very young. They were bundled up in some bedding and their belongings and had camped there. They were friendly but not too talkative and took packages, food, clothing, including some ladies' items and toiletries, including a little trial-sized perfume.

Behind Kohler's, we met B and L, also new to us. B is a middle-aged First Nations man, and L is an older grey-haired Caucasian guy. They were very willing to take everything we offered. They were camped out on a piece of cardboard, so we gave them a sleeping bag and mat.

J was waiting at his usual spot and took two packages and underwear. He said J was out shopping.

We didn't see anyone at the Safeway on MacDonald or S at Tim Horton's. We spotted a white-haired man with a cart near the McDonald's on Blenheim. He had gone inside by the time we circled, so we left a "Christmas surprise" on his shopping cart.

At this point, we were quite cold and wet through—and then the sun came out!  We brought the remaining goodies (not much left) back to St. Philip's.

On her way home, Janice went by Shoppers on Dunbar but didn't find anyone there, so the remaining Christmas package will be returned to St. Philip's.

It was a productive day with many contacts made. It felt good to be able to offer our friends so much abundance, including the information about available housing and shelter.

The residents enjoyed turkey with homemade gravy, stuffing, ham, a variety of casseroles, a myriad of pancakes, bacon and scrambled eggs, followed by a surfeit of desserts, baked goodies, eggnog and cranberry juice.

Volunters handed out cards with a handwritten message for the 52 residents at Dunbar. They also received a $10 Shoppers Drug Mart Gift Card enclosed in their Christmas card from the Neighbourhood Ministry.

This luncheon was the first allowed to be hosted by an outside group at Coast Mental Health since 2019, held under strictly followed health protections.

Joan Stewart, Co-Chair of the Board of Management, reported that the residents expressed their gratitude for what they termed “The best meal we’ve had all year!”

With careful distancing in place, many stayed to chat and provide the Neighbourhood Ministry team with an update on their lives.

Our friends on the streets struggle to stay warm. A dry, warm sleeping bag makes a world of difference to them. The best sleeping bags are synthetic as they dry out quickly. Please consider donating $50 or more to the Neighbourhood Ministry to purchase a sleeping bag that we can give to the people who need one so badly. If you have questions or would like to contribute, please email Rhona Thornton, St Philip's Parish liaison at [email protected]

As the weather gets colder and wetter, we are looking for donations of the following to the lidded plastic tubs on the porch or the baskets at the back of the church:

Thanks to all our donors who make this ministry possible.

Fortunate to have good weather, Mary and I met at St. Philip’s and loaded Mary’s car with sleeping bags, mats, packets, sandwiches, fruit, eggs, shoes, and clothing all organized by Suzi.

First stop was Highbury and 4th Avenue where we saw T who was happy to receive a packet and a pair of gloves – the one size stretchy ones seem to be popular. Next to St. Helen’s we were hoping to find B, but he wasn’t there so we left a packet with his things. On the way to the corner of 4th and Vine we came across C, who had been resting between RBC and MacDonald’s; he thanked us for the sleeping bag and packet.

At 4th and Vine P greeted us from his usual place outside Whole Foods. He gladly accepted a packet and gave us an update on who he had seen nearby. Also outside Whole Foods but a bit farther east, we met T who was new to us and new to the street. He asked about shelters for which we didn’t have a list but we did give him an information card listing the services and information available through WANM. Even though he didn’t have a lot of things with him, he declined taking a sleeping bag and mat and he said he was ok sleeping with his blanket.

East of Windsor Plywood on West 7th in the parking for the apartments above we met P, R and A. P did not look well as she was very unsteady on her feet, found it difficult to keep her eyes open and was continually shaking – she said that all these symptoms were due to a chronic condition for which she had received medical treatment. She had been injured the night before when she had fallen and hit her head; a cut and abrasion were visible near her hairline. We suggested going to the hospital and even calling 911 if she became worse. P assured us she was fine, and R said he had a phone if it became necessary to call for an ambulance. Although unsteady and drowsy, she was coherent and carefully tried on a couple of coats. She was happy with a warm coat (she looked very cold), a pair of gloves, sweatpants, puffy vest, and a tuque. All three thanked us for the food and clothing.

At VSB we saw E who had his camp close to the building. He gratefully accepted some food, underwear, and hand sanitizer. We were surprised not to see J at VSB. Behind McDonald’s at Broadway and Granville we met A, C, F and R. All received food. In addition, C took a sleeping bag, underwear, gloves, shirt, fleece and tuque, F picked out a pair of gloves and Ron was happy to get a sleeping bag, mat, toiletries, masks, hand sanitizer and gloves.

We continued to Wawanesa where J and J were waiting for us. Both men received some food, additional canned goods, and some XL shirts. At Broadway and Arbutus, we managed to navigate all of the construction and found a good spot to park near the Greenway. Sitting on some benches were L and D, and S nearby. L was very happy to get a sleeping bag, mat, and tarp; he said he was really looking forward to a decent night of sleep. D chose a hat and both received some food and a packet each. S chose a sweater and some gloves.

Driving along Broadway we kept a lookout but didn’t find anyone on the way back to St. Philip’s.

The Neighbourhood Ministry was started in 2007 when a small group of concerned church members decided that they would like to support the people who are unhoused on the West Side. The response that they got from many was “there aren’t any homeless people on the Westside”. But then these same people started to look around them: there’s someone outside Shoppers on Dunbar, and at the corner of 4th and Vine, etc. They realised that the issue wasn’t that there weren’t any unhoused people in our neighbourhood, it was just that they didn’t SEE them. I believe that that is the same, to a greater or lesser degree, for all of us. As we go about our busy lives, the homeless people become almost invisible and I’m sure that sometimes they feel that way too.

How is the Neighbourhood Ministry Funded?

Each church contributes $2,500 annually to the WANM. St. Philip's contribution comes out of the Outreach Budget. The rest of the funding for WANM comes from grants. In 2018 and 2019 this Ministry received a Care and Share grant. In 2020 it received a grant from the City of Vancouver and recently it was awarded $10,000 from the Union Gospel Mission's Christian Leader's Fund. The WANM expenses include, but are not limited to, staffing (Rev'd Liz Hamel worked as Program and Volunteers Manager from Fall 2020 to June 2021), office supplies, sleeping bags and other camping gear, Christmas Outreach, individual support (eg moving-in expenses for a client) and funding for meal programs at the Dunbar Apartments.  The food supplies that go out every week are collected by each church individually and mainly donated by their parishioners. St Philip’s also maintains its own separate Neighbourhood Ministry account to fund the purchase of items it may need (protein bars, Ensure, socks, etc.)

It is a little confusing for parishioners at St Philip’s as the accounting for the WANM is on St Philip’s books. When looking at the St Philip's financial reports, you will see the WANM and the NM reflected in two areas and these are two different pots of money.