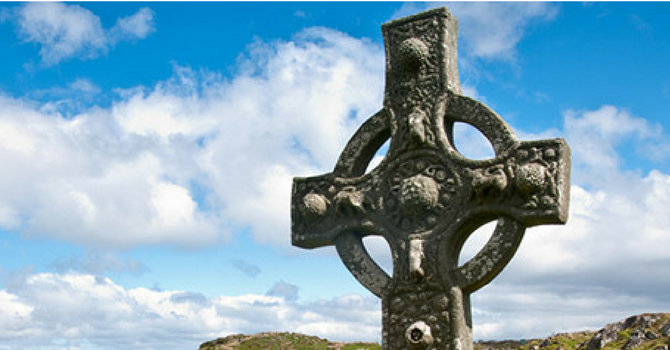 Marilyn begins a soft sabbatical on 1st September to resume her MA in Celtic Studies at the University of Wales after having taken a year out from the course to help with the transition between rectors. She will still preach and celebrate on Sundays at least once a month and be involved during the great Feasts and Fasts, but not be available at other times.
Having already completed a module on Celtic Otherworlds, Marilyn will be researching Welsh women saints, continuing her Welsh language studies, and hiking with Andrew in Patagonia (where a Welsh colony was set up in the latter half of 19th Century).  She hopes this will feed into the creation of a number of resources for those interested in Celtic Christianity: prayers, devotional materials and liturgies for small groups, retreat resources and mini-pilgrimage guides.
Seen as a model in retaining and reclaiming an indigenous culture, some First Nations people from eastern Canada are now turning to Wales to learn how the Welsh are managing to do this.   When Marilyn was studying for her doctorate in Spirituality her First Nations colleagues regarded her as a sister from one of the European First Nations. Maybe we could enlarge on that concept to help foster mutual understanding and promote reconciliation by learning how much we all have in common in trying to discover and honour our roots.
Tweet

Stewardship 2021 Neighbourhood Ministry is Back!