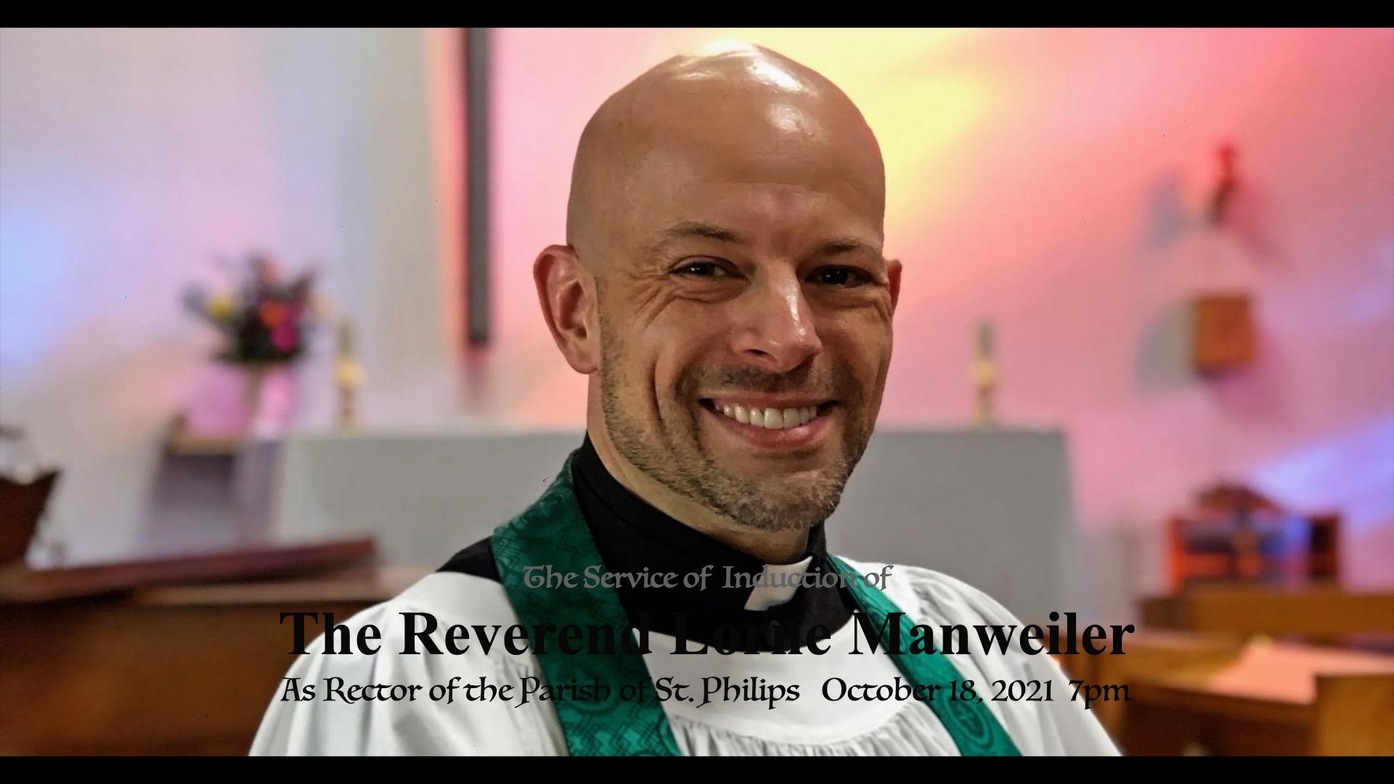 On the evening of Monday October 18, Rev. Lorne Manweiler was inducted as the 11th Rector of St Philip's by our 9th Rector, Bishop John Stephens. The Reverend Billy Isonor, Rev. Lorne's friend and colleague, also recently arrived from the Diocese of Edmonton, preached the sermon. Many robed clergy and over 60 parishioners and friends attended to welcome, support, and honour Rev. Lorne as he begins his new ministry.

Music played a big part in the service, ranging from the exuberant "Trees of the Field" as the playful closing hymn to an impressive Postlude for the organ by early 20th Century French composer Jehan Alain which Michael Murray performed in Lorne's honour. Music during Communion was "Spiegel im Spiegel", a very moving piece by Arvo Part, beautifully played by Michael Murray on piano and Brian Mix on cello. Lorne is also an accomplished musician and organist, a university instructor of organ, and he appreciated these gifts of fine musicianship.

Watch the Induction Service here or below, and read the Order of Service below.

Enjoy the full story and photos by Randy Murray on the Diocese of New Westminster website here.